Soil mechanics is defined as the application of the laws and principles of mechanics and hydraulics to engineering problems dealing with soil as an engineering material.
Soil has many different meanings, depending on the field of study. For example, in agronomy (application of science to farming), soil is defined as a surface deposit that contains mineral matter that originated from the original weathering of rock and also contains organic matter that has accumulated through the decomposition of plants and animals. To an agronomist, soil is that material that has been sufficiently altered and supplied with nutrients that it can support the growth of plant roots. But to a geotechnical engineer, soil has a much broader meaning and can include not only agronomic material, but also broken-up fragments of rock, volcanic ash, alluvium, aeolian sand, glacial material, and any other residual or transported product of rock weathering. Difficulties naturally arise because there is not a distinct dividing line between rock and soil. For example, to a geologist a given material may be classified as a formational rock because it belongs to a definite geologic environment, but to a geotechnical engineer it may be sufficiently weathered or friable that it should be classified as a soil.

Rock mechanics is defined as the application of the knowledge of the mechanical behavior of rock to engineering problems dealing with rock. To the geotechnical engineer, rock is a relatively solid mass that has permanent and strong bonds between the minerals. Rocks can be classified as being either sedimentary, igneous, or metamorphic. There are significant differences in the behavior of soil versus rock, and there is not much overlap between soil mechanics and rock mechanics.

Table 6.1 presents a list of common soil and rock conditions that require special consideration by the geotechnical engineer. 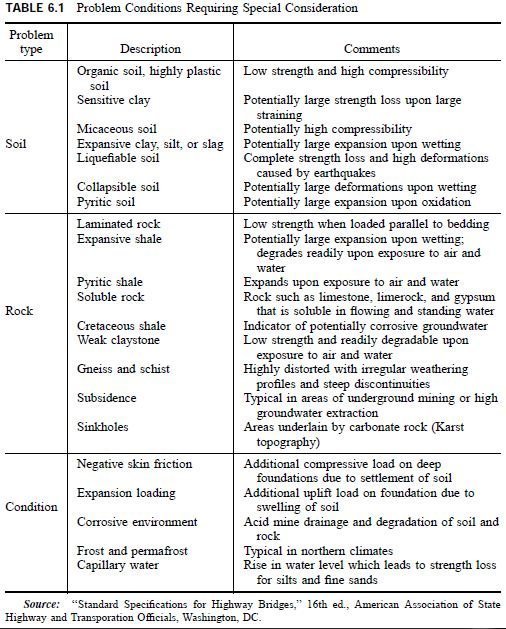 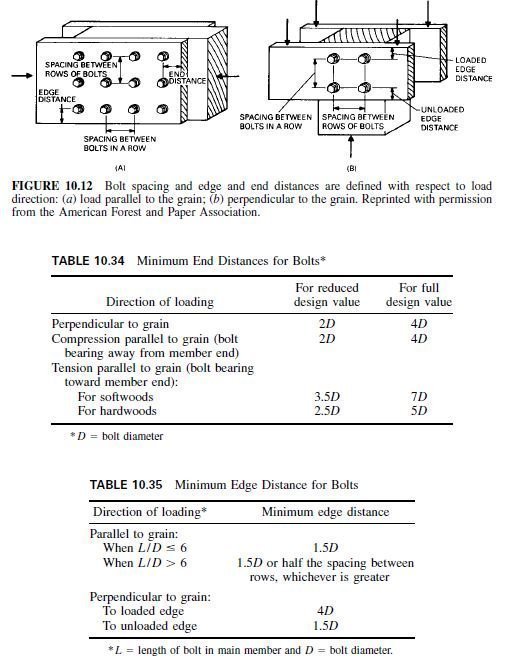