The term systems building is used to define a method of construction in which use is made of integrated structural, mechanical, electrical, and architectural systems.
The ultimate goal is integration of planning, designing, programming, manufacturing, site operation, scheduling, financing, and management into a disciplined method of mechanized production of buildings. Application of these systems should be controlled by an engineer-construction management firm rather than by use of prevailing contract building-management procedures.
Housing Production. The greatest concentration of effort has occurred in the realm of structural framing, leading to development of mass-production methods.
These have, in general. been of the following types:
Panel type, consisting of floors and walls that are precast on site or at a factory and stacked in a house-of-cards fashion to form a building.
Volumetric type, consisting of boxes of precast concrete or preassembled steel, aluminum, plastic, or wood frames, or combinations of these, which are erected on the site after being produced in a factory.
Component type, consisting of individual members of precast-concrete beams and columns or prefabricated floor elements, which are brought to the site in volume, or mass produced.
These systems have displayed inherent disadvantages that came about through lack of opportunity to use the entire systems-building process, and because the systems often were not able to attain sufficient volume production to pay for the many fixed costs and start-up costs for the component factories that were built.
Experience has shown, however, that housing can be built efficiently and economically from standardized, modular designs. Some examples are as follows:
Mobile homes manufactured, complete with floor, roof, walls, electric wiring, plumbing, and cabinetry, by techniques similar to those used by automobile manufacturers. Built in factories, mobile homes are trucked to the sites and then installed and finished by on-site builders.
Packaged homes, also known as prefabricated or panelized. They are factory subassembled and, with an assortment of other building components, are delivered to the site for final assembly.
Modular homes, also known as sectional homes, manufactured in off-site factories, usually on an assembly line similar to that used by mobile-home manufacturers.
Completely furnished, three-dimensional sections, including mechanical systems, of one or more rooms are factory assembled and then delivered to the sites by truck, railroad, or barge.
(A. D. Bernhardt. ‘‘Building Tomorrow: The Mobile/Manufactured Housing Industry,’’ The MIT Press, Cambridge, Mass.)

The lessons learned from past experiences offer the following guidelines for construction managers:
Early commitment must be made to use of a specific system in the design stage.
The systems builder must control the design.
Shop drawings should be started early and refined during the design.
Preparations of schedules, cost estimate, and bids must involve all the members of the team, that is, the designers, owner, and contractor, because there will be many last-minute proposed changes and details that will have to be challenged and modified.
Construction must follow an industrialized-building sequence, rather than a conventional bar chart or CPM diagram. Unlike the procedure for conventional construction, the method of scheduling and monitoring for industrialized building requires that all trades closely follow the erection sequence and that every trade match the speed of erection. Thus, if the erection speed is eight apartments per day, every trade must automatically fall on the critical path. It is necessary that each of the subcontractors work at the rate of eight apartments per day, otherwise the scheduled date of occupancy will not be met.
Metal Building Systems. These systems, produced by several manufacturers, coordinate design and construction of buildings whose primary component is a structural steel frame of standard, modular size; whose secondary members are massproduced, cold-formed steel shapes; whose roof is light-gage metal; and whose walls may be built of any material.
Metal building systems generally cost less than other construction systems because of in-plant automation, use of precut and prepunched components, and quick erection on the site. Furthermore, costs are predictable. Metal buildings usually are purchased under design-build contracts. In addition, these systems offer flexibility, in that expansion can be readily achieved by removal of end walls, erection of new modular framing, and addition of matching walls and roof.
(‘‘Metal Building Systems,’’ Building Systems Institute, 1230 Keith Building, Cleveland, OH 44115-2180.) 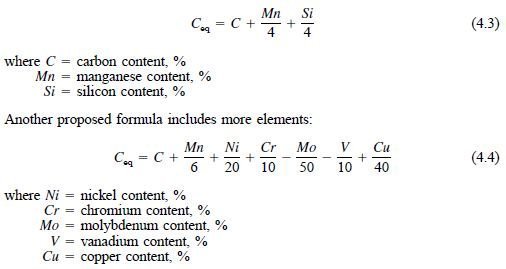 Properties and Tests of Hardened Concrete