A flat slab is a two-way slab generally of uniform thickness, but it may be thickened or otherwise strengthened in the region of columns by a drop panel, while the top of the column below the slab may be enlarged by a capital (round) or bracket (prismatic). If a drop panel is used to increase depth for negative reinforcement, the minimum side dimensions of this panel are L3 /3 and L2 /3, where L1 and L2 are the center-to-center spans in perpendicular directions. Minimum depth of a drop panel is 1.25h, where h is the slab thickness elsewhere.
A waffle flat slab or waffle flat plate consists of a thin, two-way top slab and a grid of joists in perpendicular directions, cast on square dome forms. For strengthening around columns, the domes are omitted in the drop panel areas, to form a solid head, which also may be made deeper than the joists. Other variations of waffle patterns include various arrangements with solid beams on column centerlines both ways. Standard sizes of two-way joist forms are given in Table 9.21.
The drop panel increases shear capacity. Hence, a solid flat slab can ordinarily be designed for concrete for lower strength than for a flat plate. Also, deflection of a flat slab is reduced by the added stiffness that drop panels provide.
The depth of drop panels can be increased beyond 1.25h to reduce negativemoment reinforcement and to increase shear capacity when smaller columns are desired. If this adjustment is made, shear in the slab at the edge of the drop panel may become critical. In that case, shear capacity can be increased by making the drop panel larger, up to about 40% of the span. See Fig. 9.31 for bar details (column strip).
Waffle flat plates behave like solid flat slabs with drop panels. Somewhat higherstrength concrete, to avoid the need of stirrups in the joists immediately around the solid head, is usually desirable. If required, however, such stirrups can be made in one piece as a longitudinal assembly, to extend the width of one dome between the drop head and the first transverse joist. For exceptional cases, such stirrups can be used between the second row of domes also. See Fig. 9.32 for reinforcement details. 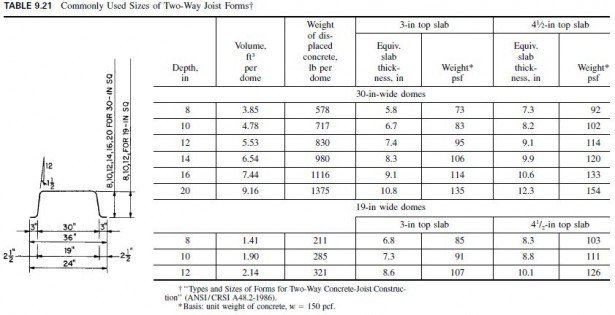 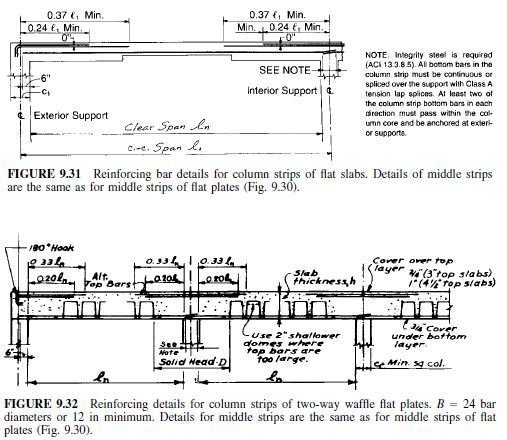 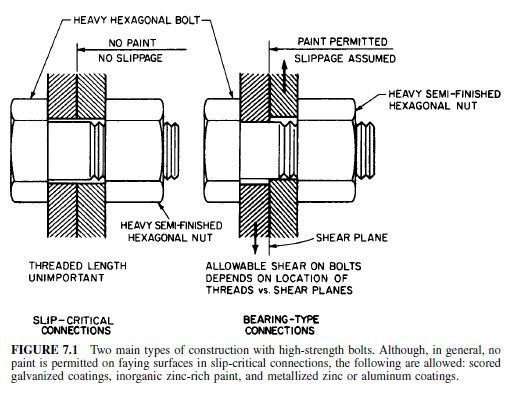 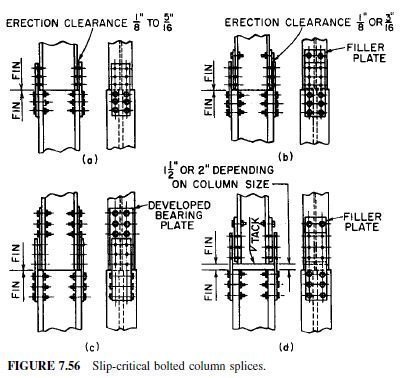 Molding and Fabricating Methods for Plastics