Excessive vibration can be characterized as too large for sensitive equipment or too large for occupant comfort. Determining these permissible levels is an entire research area in itself; however, some of the more widely accepted levels are discussed in following paragraphs. These levels are expressed by researchers in terms of either acceleration, velocity, or displacement amplitudes and are often frequencydependent.
There is no consensus as to the most relevant measure for describing acceptable levels.
Comfort of the occupants is a function of human perception. This perception is affected by factors including the task or activity of the perceiver, the remoteness of the source, and the movement of other objects in the surroundings. A person is distracted by acceleration levels as small as 0.5% g. Multiple-use occupancies must therefore be carefully considered.
Webster and Vaicitis describe a facility that has both dining and dancing in a large open area. The floor was noted to have a first natural frequency of 2.4 Hz, which is in resonance with the beat of many popular dance song. This resonance response produced maximum acceleration and displacement levels of 7% g and 0.13 in, respectively. Such levels actually caused sloshing waves in drinks and noticeable bouncing of the chandeliers. The occupants found these levels to be quite objectionable.

Many different scales and criteria are available which address the subjective evaluation of floor vibration. Factors included in these subjective evaluations include the natural frequency of the floor system, the maximum dynamic amplitude (acceleration, velocity, or displacement) due to certain excitations, and the amount of damping present in the floor system. At the present time, most of the design criteria utilize either a single impact function to assess vibrations, which are tran sient in nature, or a sinusoidal function to assess steady-state vibrations from rhythmic activities. 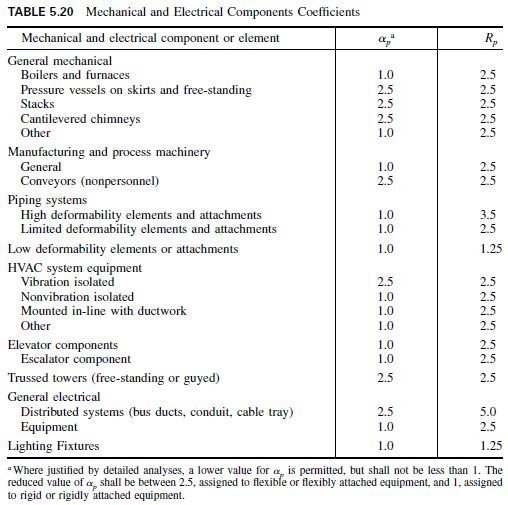