Plaster and gypsumboard construction have low resistance to stresses induced by structural movements. They also are subject to dimensional changes because of changes in temperature and humidity. If proper provision is not made in the application of plaster and gypsumboard systems for these conditions, cracking or chipping may occur or fasteners may pop out.
Generally, such defects may be prevented by applying these systems so that movement is not restrained. Thus, gypsumboard or lath and plaster surfaces should be isolated by expansion or control joints, floating angles, or other means where a partition or ceiling abuts any structural element, except the floor, or meets a dissimilar wall or partition assembly, or other vertical penetration. Isolation also is advisable where the construction changes in the plane of the partition or ceiling.
In addition, expansion or control joints should be inserted where expansion or control joints, respectively, occur in structural components of the building and along the intersection of wings of L-, U-, and T-shaped ceilings.

The joint should be covered at the surface with a flexible material to prevent entrance of dirt into the wall. For the purpose, plastic or noncorrodible-metal, bellows- type stops, called expansion joints or control joints, may be used (Fig. 11.27).
For plaster, the flanges of the control joint should be stapled or wire tied to the lath, and the surface of the gap should be protected with tape. Then, plaster should be applied over the lath, flush to grounds. After the finished surface has been completed, the protective tape should be removed. For gypsumboard, similarly, the control-joint flanges should be stapled to the board and the gap protected with tape.
Next, the joint should be treated with joint compound or veneer plaster. Then, the protective tape should be removed. Where sound control or fire ratings are important, a sealant should be installed behind the control joints.
Floating Interior Angles. A floating angle is desirable at reentrant intersections of ceilings and walls or partitions (Fig. 11.28a). It is constructed by installing gypsum lath or gypsumboard first in the ceiling. The first line of ceiling fasteners should be spaced as shown in Fig. 11.28b and c. Normal fastener spacing should be used in the rest of the ceiling away from the wall. Gypsum lath or gypsumboard should then be applied to the wall with firm contact at the ceiling line to support the edges of the ceiling panels. The first line of fasteners for the wall panels also should be spaced as shown in Fig. 11.28b and c. At wall intersections, fasteners should be omitted or inserted as indicated in Fig. 11.28d.
(‘‘Architect Data Book—Construction Products and Systems,’’ Gold Bond Building Products, a National Gypsum Division, 2001 Rexford Road, Charlotte, NC 28211; ‘‘Gypsum Products Design Data,’’ Gypsum Association, 810 First Street, NE, #510, Washington, D.C., 20002; ‘‘Gypsum Construction Handbook,’’ United States Gypsum, 125 South Franklin Street, Chicago, IL 60606.)
CERAMIC-TILE CONSTRUCTION
When a hard, incombustible, abrasion-resistant, easily cleaned finish is required for walls, ceilings, or floors, ceramic tile often is selected, although construction cost usually is higher than for other commonly used finishes. Ceramic tile is especially suitable where an attractive, water-resistant surface is desired, for instance, for shower enclosures or swimming pools. 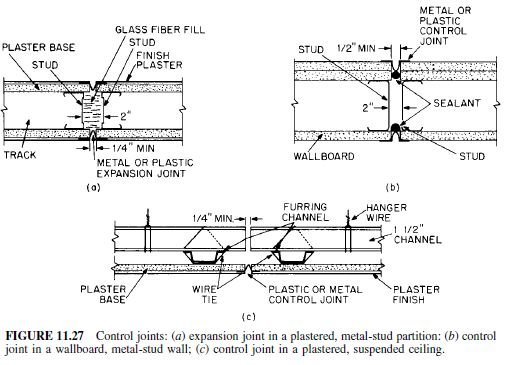 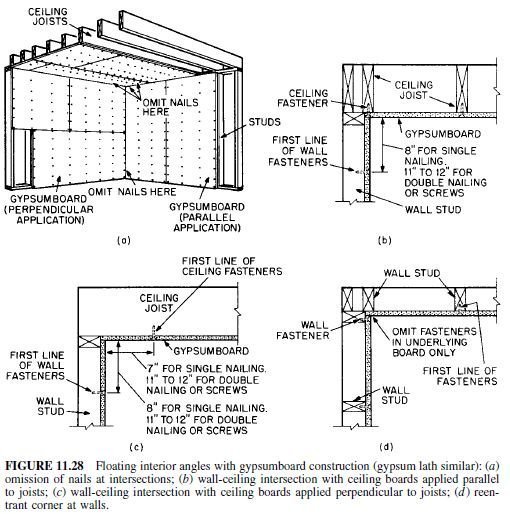 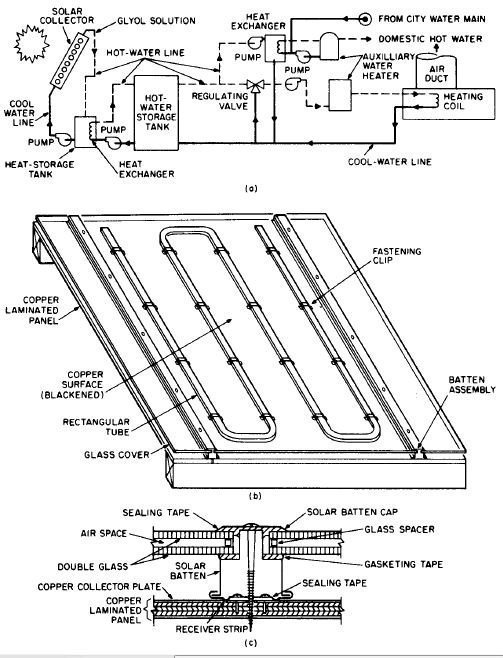