Lighting is part of the environmental control system, which also includes sound control and heating, ventilation, and air conditioning (HVAC), within a building.

The prime purpose of a lighting system is to provide good visibility for execution of the tasks to be performed within the building. With good visibility, occupants can execute their tasks comfortably, efficiently, and safely.
Lighting also is desirable for other purposes. For example, it can be used to develop color effects for pleasure or accident prevention. It can be used to decorate select spaces or to accent objects. It can produce effects that influence human moods. And it can serve to illuminate an emergency egress system and as part of a security system.
Good lighting requires good quality of illumination (Art. 15.11), proper color rendering (Art. 15.12), and an adequate quantity of light (Art. 15.13). This result, however, cannot be achieved economically solely by selection and arrangement of suitable light sources. Lighting effects are also dependent on other systems and factors such as the characteristics of surrounding walls, floor, and ceiling; nature of tasks to be illuminated; properties of the backgrounds of the tasks; age and visual acuity of occupants; and characteristics of the electrical system. Design of a lighting system, therefore, must take into account its interfacing with other systems. Also, lighting design must take into account the influence of lighting requirements on other systems, including architectural systems; heating and cooling effects of windows provided for daylighting; energy supply required from the electrical system;
and loads imposed by electric lighting on the HVAC system.
Sources of light within a building may be daylight or artificial illumination. The latter can be produced in many ways, but only the most commonly used types of electric lighting are discussed in this section.
Like other building systems, lighting design is significantly affected by building codes. These generally contain minimum requirements for illumination levels, for the safety and health of building occupants. In addition, electric lighting equipment and electrical distribution must conform to safety requirements in building codes and the National Electrical Code, which is promulgated by the National Fire Protection Association, and to standards of the Underwriters Laboratories, Inc. Also, the Illuminating Engineering Society has developed standards and recommended practices to promote good lighting design.
In the interests of energy conservation, federal and state government agencies have set limits on the amount of energy that may be expended (energy budget) for operation of buildings. These limits may establish maximum levels of illumination for specific purposes in buildings.
Because of the importance of good lighting, the need to control lighting costs and to conserve energy, and the multiplicity of legal requirements affecting lighting  design, engagement of a specialist in lighting design is advisable for many types of buildings.

A light source produces light by converting energy to electromagnetic waves. Light sources used in practical applications emit waves with a broad spectrum of frequencies or wavelengths. Light consists of those waves that the human eye normally perceives. A normal eye interprets the wavelengths as colors, the shortest wavelengths being recognized as blue, the longest wavelengths as red, and intermediate wavelengths as green, yellow, and orange. The eye also recognizes differences in intensity of light, or levels of illumination.
The eye sees an object because it receives light emitted by the object (if it is a light source) or reflected from it (if the object is not a light source). In the latter case, the eye can see the object if it reflects light received from a light source directly or from surfaces reflecting light. The total light reflected from the object equals the sum of the light from all sources that strikes the object and is not absorbed. Thus, an object shielded from light sources will be revealed to the eye by light reflected from other surfaces, such as walls, floor, ceiling, or furniture. The amount of detail on the object that the eye can recognize, however, depends not only on the intensity of light that the eye receives from the object but also on the intensity of that light relative to the intensity of light the eye receives from the background (field of vision behind the object). Consequently, the eye can readily recognize details on a brightly lit object set against a darker background. But the eye perceives little detail or considers the object dark (in shadow) if the background is much brighter than the object.

Consider now a point source radiating luminous energy equally in all directions and located at the common center of two transparent spheres of unequal diameter.
Because each sphere receives the same amount of luminous energy from the light source, the quantity of light per unit of area is less on the larger sphere than that on the smaller one. In fact, the quantity per unit area varies inversely as the areas of the spheres, or inversely as the square of the radii. These considerations justify the inverse square law, which states:
Illumination level at any point is inversely proportional to the square of distance from the point light source.
For large light sources, the law holds approximately at large distances (at least 5 times the largest dimension of the sources) from the sources.

If proper care is not taken in positioning observer and task relative to primary light sources, one or more of these light sources may be reflected into the field of vision as from a mirror. The resulting glare reduces visibility of the task; that is, effective illuminance, fc, is less than the raw (actual) footcandles. For measurement of the effective illuminance of lighting installations, the concept of equivalent spherical illumination, ESI fc, was introduced. It is based on a standard sphere lighting that produces equal illumination from all directions (almost glarefree). In employment of the ESI concept, an actual lighting installation is assumed replaced by sphere illumination with task visibility equivalent to that of the actual installation.

This is created when the brightness of an object and its surroundings are different.
The effects of contrast on visibility depend on several factors but especially on the ratio of brightness of object to that of its background. Ideally, the brightness of a task should be the same as that of its background. A 3:1 brightness ratio, however, is not objectionable; it will be noticed but usually will not attract attention. A 10:1 brightness ratio will draw attention, and a brightness ratio of 50:1 or more will accent the object and detract attention from everything else in the field of vision.
High background brightness, or low brightness ratios, may have adverse or beneficial effects on visibility. Such high contrast is undesirable when it causes glare or draws attention from the task or creates discordant light and dark patterns (visual noise). On the other hand, high contrast is advantageous when it helps the observer detect task details; for example, read fine print. High contrast makes the object viewed appear dark so that its size and silhouette can be readily discerned. But under such circumstances, if surface detail on the object must be detected, object brightness must be increased at least to the level of that of the background.
The reason for this is that the eye adapts to the brightness of the whole field of vision and visualizes objects in that field with respect to that adaptation level. If background brightness is disturbing, the observer squints to reduce the field of vision and its brightness and thus increase the brightness of the task. The need for squinting is eliminated, however, by increasing the illumination on the task.

Color of light affects the color of an object (color rendering), because the surface of the object absorbs light of certain frequencies and reflects light of other frequencies.
An object appears red because it reflects only red light and absorbs other hues. If a light source emits light that is only blue-green, the color complementary to red, the red object will reflect no light and will therefore appear to be gray. The eye, however, can, to some degree, recognize colors of objects despite the color of the illuminant; that is, the eye can adapt to colored light. It also becomes sensitive to the colors that would have to be added to convert the illuminant to white light.
Apparent color is also affected by high levels of illumination. For example, all colors appear less bright, or washed out, under high illumination. But brightness of color also depends on the hue. Under the same illumination, light colors appear brighter than dark colors. Thus, lower levels of illumination are desirable with white-, yellow-, and red-colored (warm-colored) objects than with black-, blue-, and green-colored (cool-colored) objects. (Warm-colored objects also have the psychological effect of appearing to be closer than they actually are, whereas coolcolored objects tend to recede. In addition, cool colors create a calm and restful atmosphere, conducive to mediation, but are not flattering to skin colors or food, whereas warm colors produce opposite effects.) 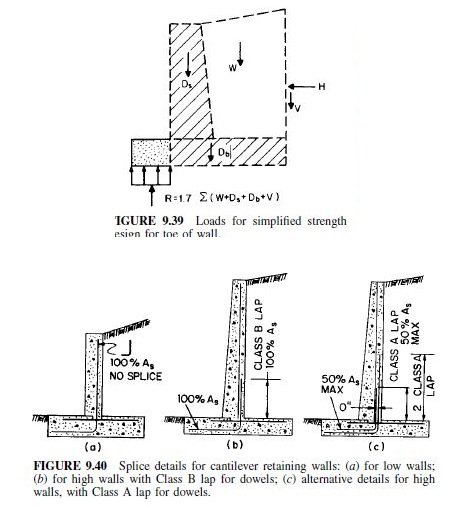