Wire nails, made of mild steel, are commonly used for most nailing purposes.
Cylindrical in shape, they are stronger for driving than cut nails and are not so liable to bend when driven into hardwoods.
Cut nails, sheared from steel plate, are flat and tapered. They have holding power considerably greater than wire nails. They are usually preferred to wire nails for fastening wood battens to plaster; also in places where there is danger that the nails may be drawn out by direct pull. Cut nails are frequently used for driving into material other than wood. They are generally used for fastening flooring. When driven with width parallel to grain of wood, they have less tendency to split wood than wire nails.

The length of cut and wire nails is designated by the unit ‘‘pennies.’’ Both cut and wire nails come in sizes from 2-penny (2d) which are 1 in long, to 60-penny (60d), which are 6 in long. Above 6 in, the fasteners are called spikes. They run in 7-, 8-, 9-, 10-, and 12-in lengths.
Various gages or thicknesses of nails, and different sizes and shapes of heads and points (Figs. 11.84 and 11.85), are available in both wire and cut nails. Certain types have distinguishing names. For example, the term brads is applied to nails with small heads, suitable for small finish work.
Common brads are the same thickness as common nails but have different heads and points. Clout nails have broad flat heads. They are used mostly for securing gutters and metalwork.
Casing nails are about half a gage thinner than common wire nails of the same length; finishing nails, in turn, are about half a gage thinner than casing nails of the same length. Shingle nails are half a gage to a full gage thicker than common nails of the same length.
Certain manufacturers have developed nails for special purposes that hold tighter and longer. Among these are threaded nails (Fig. 11.84), which combine the ease of driving of the ordinary nail with much greater holding power.
One type is a spiral-threaded flooring nail. These nails turn as they drive, minimizing splitting of the tongues of the floor boards. These nails are said to actually grip more firmly with the passage of time. A nailing machine is available for driving these nails. In one operation, it starts the nail, drives the joint between the flooring strips tight, and drives and sets the nail. With this machine, mashed tongues and marred edges of the wood are avoided.
Nails of aluminum and stainless steel are particularly useful in exposed locations where rust or corrosion of steel nails might cause unsightly stains to form on exterior finished surfaces. These nails are now made in most of the usual sizes, including special spiral-threaded nails.
Galvanized nails are used for fastening slate and shingles. These nails are sometimes used in exposed locations as protection against corrosion. 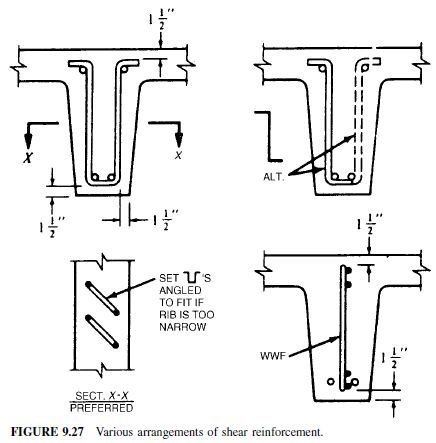