The water-supply system of a building distributes water to plumbing fixtures at points of use. Fixtures include kitchen sinks, water closets, urinals, bathtubs, showers, lavatories, drinking fountains, laundry trays, and slop (service) sinks. To ensure maximum sanitation and health protection, most building codes have rigid requirements for fixtures. These requirements cover such items as construction materials, connections, overflows, installation, prevention of backflow, flushing methods, types of fixtures allowed, and inlet and outlet sizes. Either the building code or the plumbing code lists the minimum number of each type of fixture that must be installed in buildings of various occupancies (Table 14.2). Since these numbers are minimums, each project should be reviewed to determine if additional fixtures should be provided. This is especially true for assembly occupancies, where large numbers  of people may utilize the restroom facilities in a short period of time; for example, at half-time at a football game.

The plumbing fixtures are at the terminals of the water-supply system and the start of the wastewater system. To a large extent, the flow from the fixtures determines the quantities of wastewater to be drained from the building.
Traps. Separate traps are required for most fixtures not fitted with an integral trap.
The trap should be installed as close as possible to the unit served. More than one fixture may be connected to a trap if certain code regulations are observed. For specific requirements, refer to the governing code.
A water seal of at least 2 in, and not more than 4 in, is generally required in most traps. Traps exposed to freezing should be suitably protected to prevent ice formation in the trap body. Clean-outs of suitable size are required on all traps except those made integral with the fixture or those having a portion which is easily removed for cleaning of the interior body. Most codes prohibit use of traps in which a moving part is needed to form the seal. Double trapping is also usually prohibited.
Table 14.4 lists minimum trap sizes for various fixtures.

Showers. Special care should be taken in selection of showers, especially shower valves. To ensure that a user is not scalded when pressure fluctuations occur in the water distribution system, pressure-balancing or temperature-limiting shower valves that prevent extreme variations in the outlet water temperature may be specified. In facilities with large numbers of showers, a central tempered water system may be used to serve the showers. As with the shower valves, the mixing valve serving a tempered water system should also be of a pressure-balancing or temperaturelimiting type.
Water Closets. These consist of a bowl and integral trap, which always contains water, and a tank or a flushometer valve, which supplies water for flushing the bowl (Fig. 14.3). The passage through the trap to the discharge usually is large enough  to pass a solid ball 2 to 3 in in diameter. Siphon-jet flushometer valves generally require a pressure of at least 15 psi for operation and blowout flushometer valves generally require 25 psi for operation. The water level in a tank of a tank-type water closet is raised above the water level in the bowl so that gravity provides sufficient pressure for flushing.
The cleansing action of water flow in the bowl may be achieved in any of several different ways. One method is illustrated by the siphon jet in Fig. 14.3b. The tank discharges water around the rim and also jets water into the up leg of the trap. As a result, the contents of the bowl are siphoned out of the down leg of the discharge pipe. Other types of action include the reverse trap (Fig. 14.3c), which is similar to the siphon-jet type but smaller; the siphon vortex (Fig. 14.3a), in which water from the rim washes the bowl, creates a vortex, becomes a jet, and discharges by siphonage; the washdown (Fig. 14.3d), in which pressure buildup causes the up leg to overflow and create a discharge siphon; and the blowout (Fig. 14.3e), used with a flushometer valve, which projects a strong jet into the up leg to produce the discharge. Blowout-type water closets are generally reserved for use where clogs due to solids in the bowl are common, such as in penal institutions, stadiums, or arenas. Because of the large amount of water consumed during the flush of a blowout type of water closet, these types of fixtures are not used to the extent they once were. Siphon-jet type water closets are the most common type of water closets specified.

Air Gaps. These should be provided to prevent backflow of wastewater into the water supply (Art 14.6.4). At plumbing fixtures, an air gap must be provided between the fixture water-supply outlet and the flood-level rim of the receptacle.
Building codes usually require a minimum gap of 1 to 2 in for outlets not affected by a nearby wall and from 11⁄2 to 3 in for outlets close to a wall. Table 14.3 lists minimum air gaps usually used.
In addition to the usual drain at the lowest point, receptacles generally are provided with a drain at the flood-level rim to prevent water from overflowing. The overflow should discharge into the wastewater system on the fixture side of the trap.
Floor and Equipment Drains. Floor drains should be installed at all areas where the possibility of water spillage occurs. Common areas that are provided with floor drains include restrooms, mechanical rooms, kitchens, and shower and locker rooms. Equipment that requires piped discharge from drains or relief devices, such as boilers, require recessed-type drains of adequate size, preferably with a funnel receptor. Large commercial kitchens often require deep, receptor floor sinks to receive indirect wastes from kitchen equipment. 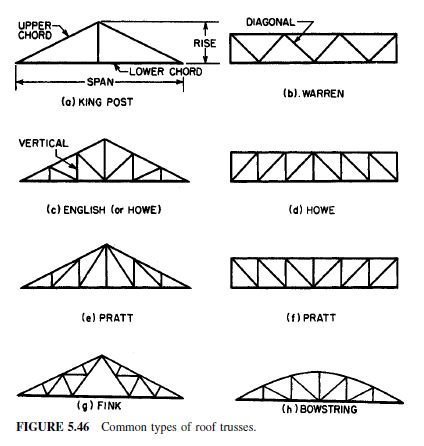