In hot-water and steam-heating systems, heat is released to the spaces to be warmed by radiation and convection. The percentage transmitted by either method depends on the type of heat-dispersal unit used.
A common type of unit is the tubular radiator. It is composed of a series of interconnected sections, each of which consists of vertical tubes looped together.
Steam-radiator sections are attached by nipples only at the base, whereas hot-water sections are connected at both top and bottom. Steam radiators should not be used for hot-water heating because of the difficulty of venting.

Pipe-coil radiators are sometimes used in industrial plants. The coils are usually placed on a wall under and between windows and are connected at the ends by branch trees or manifolds. Sometimes, finned-pipe coils are used instead of ordinary pipe. The fins increase the area of heat-transmitting surface.
Since radiators emit heat by convection as well as by radiation, any enclosure should permit air to enter at the bottom and leave at the top.

Convectors, as the name implies, transmit heat mostly by convection. They usually consist of finned heating elements placed close to the floor in an enclosure that has openings at bottom and top for air circulation.
Baseboard units consist of continuous heating pipe in a thin enclosure along the base of exposed walls. They may transmit heat mostly by radiation or by convection.
Convector-type units generally have finned-pipe heating elements. Chief advantage is the small temperature difference between floor and ceiling. 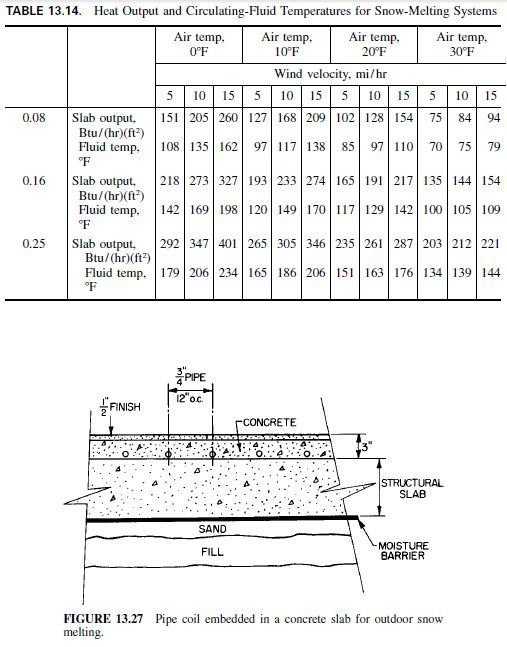