Structural aluminum shapes are produced by extrusion. Angles, I beams, and channels are available in standard sizes and in lengths up to 85 ft. Plates up to 6 in thick and 200 in wide also may be obtained.

There are economic advantages in selecting structural aluminum shapes more efficient for specific purposes than the customary ones. For example, sections such as hollow tubes, shapes with stiffening lips on outstanding flanges, and stiffened panels can be formed by extrusion.
Aluminum alloys generally weigh about 170 lb / ft3, about one-third that of structural steel. The modulus of elasticity in tension is about 10,000 ksi, compared with 29,000 ksi for structural steel. Poisson’s ratio may be taken as 0.50. The coefficient of thermal expansion in the 68 to 212F range is about 0.000013 in / in  F, about double that of structural steel.
Alloy 6061-T6 is often used for structural shapes and plates. ASTM B308 specifies a minimum tensile strength of 38 ksi, minimum tensile yield strength of 35 ksi, and minimum elongation in 2 in of 10%, but 8% when the thickness is less than 1⁄4 in.
The preceding data indicate that, because of the low modulus of elasticity, aluminum members have good energy absorption. Where stiffness is important, however, the effect of the low modulus should be taken into account. Specific data for an application should be obtained from the producers. 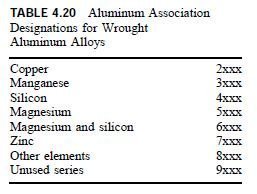 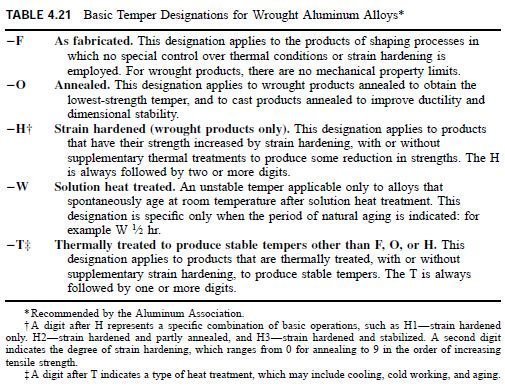