Systems design comprises a logical series of steps that leads to the best decision for a given set of conditions. The procedure requires:
Analysis of a building as a system.
Synthesis, or selection of components, to form a system that meets specific
objectives while subject to constraints, or variables controllable by designers.
Appraisal of system performance, including comparisons with alternative systems.
Feedback to analysis and synthesis of information obtained in system evaluation, to improve the design.
The prime advantage of the procedure is that, through comparisons of alternatives and data feedback to the design process, systems design converges on an optimum, or best, system for the given conditions. Another advantage is that the procedure enables designers to clarify the requirements for the building being designed.
Still another advantage is that the procedure provides a common basis of understanding and promotes cooperation between the specialists in various aspects of building design.
For a building to be treated as a system, as required in systems design, it is necessary to know what a system is and what its basic characteristic are.
A system is an assemblage formed to satisfy specific objectives and subject to constraints and restrictions and consisting of two or more components that are interrelated and compatible, each component being essential to the required performance of the system.
Because the components are required to be interrelated, operation, or even the mere existence, of one component affects in some way the performance of other components. Also, the required performance of the system as a whole, as well as the constraints on the system, imposes restrictions on each component.
A building meets the preceding requirements. By definition, it is an assemblage (Art. 1.1). It is constructed to serve specific purposes. It is subject to constraints while doing so, inasmuch as designers can control properties of the system by selection of components (Art. 1.9). Building components, such as walls, floors, roofs, windows, and doors, are interrelated and compatible with each other. The existence of any of thee components affects to some extent the performance of the others. And the required performance of the building as a whole imposes restrictions on the components. Consequently, a building has the basic characteristics of a system, and systems-design procedures should be applicable to it.
Systems Analysis. A group of components of a system may also be a system.
Such a group is called a subsystem. It, too, may be designed as a system, but its goal must be to assist the system of which it is a component to meet its objectives.
Similarly, a group of components of a subsystem may also be a system. That group is called a subsubsystem.
For brevity, the major subsystems of a building are referred to as systems in this book.
In a complex system, such as a building, subsystems and other components may be combined in a variety of ways to form different systems. For the purposes of building design, the major systems are usually defined in accordance with the construction trades that will assemble them, for example, structural framing, plumbing, electrical systems, and heating, ventilation, and air conditioning.
In systems analysis, a system is resolved into its basic components. Subsystems are determined. Then, the system is investigated to determine the nature, interaction,  and performance of the system as a whole. The investigation should answer such questions as: 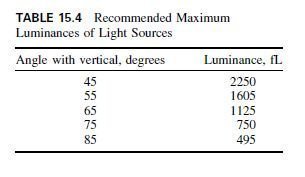