The L-box test (EFNARC 2002; Bartos, Sonebi, and Tamimi 2002) measures the filling and passing ability of self-compacting concrete. Originally developed in Japan for underwater concrete, the test is also applicable for highly flowable concrete.

As the test name implies, the apparatus consists of an L-shaped box, shown in Figure 26. Concrete is initially placed in the vertical portion of the box, which measures 600 mm in height and 100 mm by 200 mm in section. A door between the vertical or horizontal portions of the box is opened and the concrete is allowed to flow through a line of vertical reinforcing bars and into the 700 mm long, 200 mm wide, and 150 mm tall horizontal portion of the box. In the most common arrangement of reinforcing bars, three 12 mm bars are spaced with a clear spacing of 35 mm. Generally, the spacing of the reinforcing bars should be three times the maximum aggregate size. It should be noted that various dimensions for the L-box have been used and no one set of dimensions is considered official; however, the dimensions described above seem to be the most common.

The time for concrete to reach points 20 cm (T20) and 40 cm (T40) down the horizontal portion of the box is recorded. After the concrete comes to rest in the apparatus, the heights of the concrete at the end of the horizontal portion, H2, and in the vertical section, H1, are measured. The blocking ratio, H2/H1, for most tests should be 0.80 to 0.85. If the concrete being tested is truly self-leveling, like water, the value of the blocking ratio will be unity. Segregation resistance can be evaluated visually. A concrete sample with coarse aggregate particles that reach the far end of the horizontal part of the box exhibits good resistance to segregation. The L-box can be disassembled after the concrete has hardened. By cutting out samples of the hardened concrete, additional information about the concrete’s resistance to segregation can be determined, as shown by Tanaka et al. (1993).

While the test does give valuable information about filling and passing ability, and to a lesser extent, segregation resistance, the test is not as simple as the slump flow test. Since there are no standardized dimensions, results from different test apparatuses cannot be compared directly. 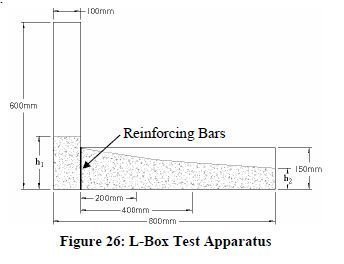 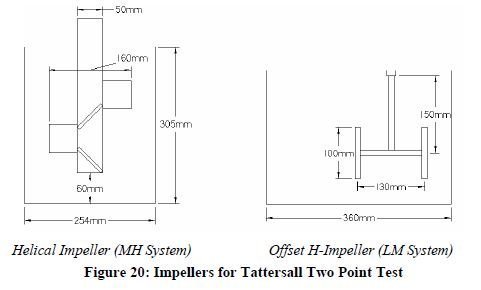 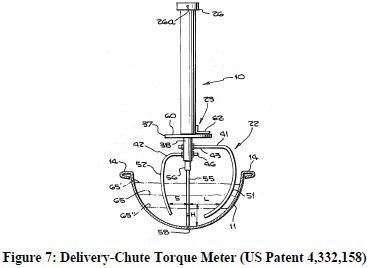