The ring penetration test (Wong et al. 2000) consists of a steel ring that is allowed to sink under its own weight into a sample of fresh concrete. To perform the test, mass can be gradually added to the ring until the ring begins to settle into the concrete. The total mass on the ring when the ring begins to penetrate the concrete is related to yield stress. The rate at which the ring settles when a constant mass is present on the ring can also be measured. The method is considered appropriate for grouts and high-workability concretes.
Advantages:
• The ring penetration test is simple and inexpensive to perform.
• The test can be performed on in-place concrete.
Disadvantages:
• The test is only considered appropriate for grouts and highly workable concretes.
• The test is a static test that must be performed on a level concrete surface.
• Large coarse aggregate particles could interfere with the descent of the ring and distort test results.
• The test is not widely used and the interpretation of the test results is not well known. 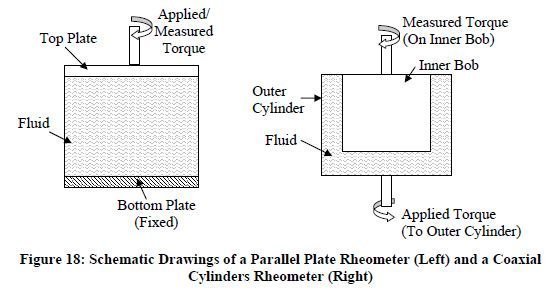