The setting time of concrete, mortar, or paste can be measured as an indication of workability (Ferraris 1999). One of the most common tests is the Vicat needle test for testing cement paste (ASTM C191). The Vicat needle test is also used in ASTM C953 for grout for pre-placed aggregate concrete.

The Vicat needle apparatus consists of a 300 g moveable rod with a 1 mm diameter needle at one end. The rod slides through a frame, where an indicator on the rod moves over a scale mounted to the frame. A specimen of fresh cement paste prepared in a certain proscribed manner is placed in a conical ring below the frame. After thirty minutes the needle is placed on the cement paste specimen and allowed to settle under its own weight. The depth of penetration is recorded from the scale. The test is repeated every 15 minutes (10 minutes for Type III cement) until a penetration depth of less than 25 mm is obtained. Each subsequent reading is taken at a different location on the paste specimen. 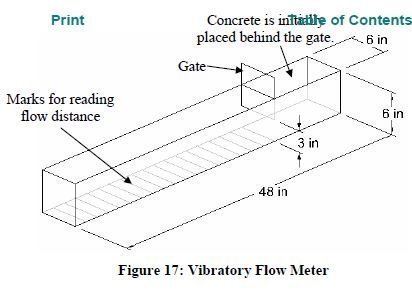 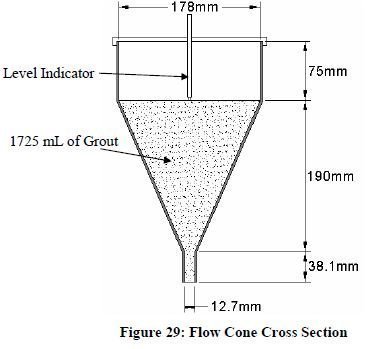 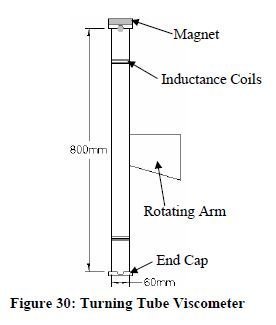