The geometry of each bridge embankment on or over I-24 in western Kentucky is taken from the bridge plans. The geometry of the 127 studied embankments is classified into five types (Figure 5a-5e). An embankment has either a single slope or double slopes separated by a perm. The inventory of I-24 bridge embankments in western Kentucky shows that a given slope has one of three possible inclinations (1:1, 2:1, or 3:1), where the first number of the ratio represents the horizontal unit and the second number represents the vertical unit. The drawings shown in Figure 5a-5d are for cases where the feature crossed by the bridge is either a highway or a railway. The drawing shown in Figure 5e is found when the bridge crosses a waterway. The embankment slope geometry is identified by its height (H) and the idealized inclination (b) (Figure 6). The analysis is carried out on both ends of each bridge and the most critical embankment slope at either end; whichever analysis results in a lower seismic slope stability C/D ratio is considered in the seismic vulnerability ranking.
Accurate identification of the soil characteristics requires detailed site-specific subsurface exploration. This approach is expensive, and such data is not available for the majority of the bridge embankments along I-24 in western Kentucky. Pflazer [14] reported on the use of existing geo-technical data to supplement site investigations. Another approach to specify the soil type and its properties is to use existing geological and agricultural maps.
The source of soil data is dependent on the NGL (Figure 5f-5g). The USGS and the USDA are used to identify the soil type underneath an embankment. The way by which either map is chosen for a given bridge site is based on the level of the “Natural Ground Line” (NGL) as compared to the respective embankment base (Figures 2f, 2g, and 3). Whenever the level of the NGL is above the level of the embankment base by more than 1.50 m (5 ft), the soil type is solely identified in accordance with the USGS maps. Whenever the level of the NGL is either above the level of the embankment base by less than 1.50 m (5 ft) or below the level of the embankment base, the soil type is based on both the USGS maps, and the USDA maps. After specifying the soil type, conservative soil characteristics including shear strength and mass density are estimated. The upper and lower soil layers’ types (Figure 5) for embankments in McCracken County are provided in Table 6. Shear strength and mass density for bridge embankments are derived following the guidelines presented earlier. Data regarding the level below which a hard stratum (stiff bedrock layer) exists is not available for the majority of bridge embankment sites along I-24 in western Kentucky. The upper level of the stiff bedrock layer, which falls within the range  from the embankment base down to the upper level of the hard stratum, is initially  estimated from the USGS maps., 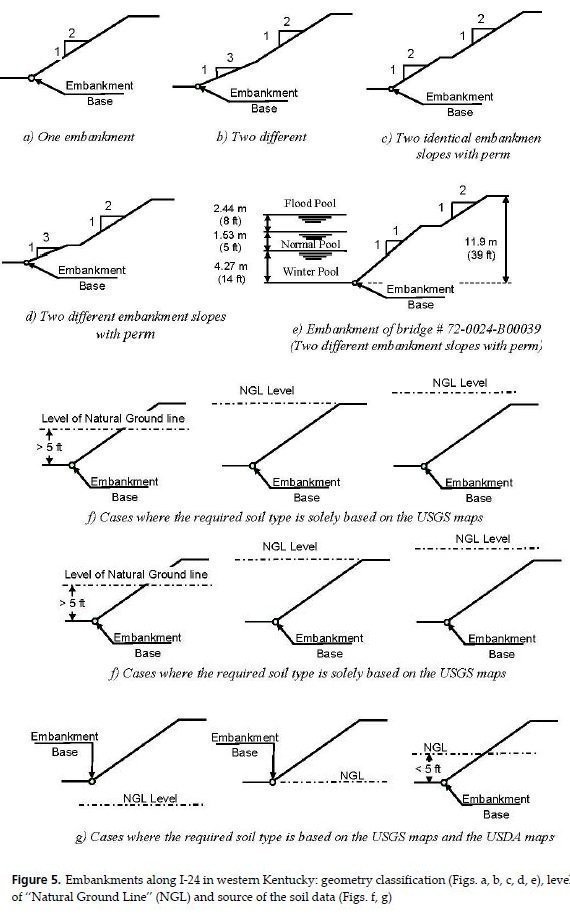 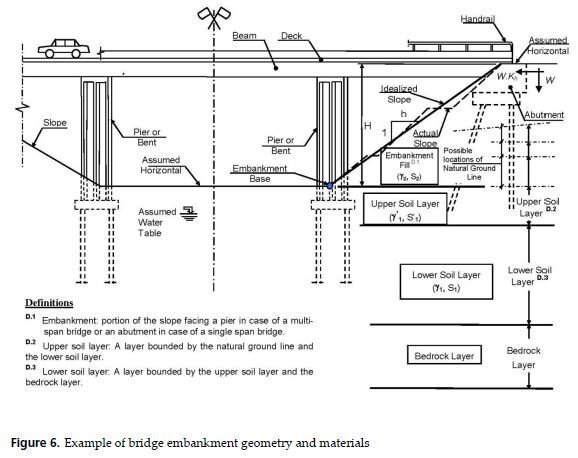 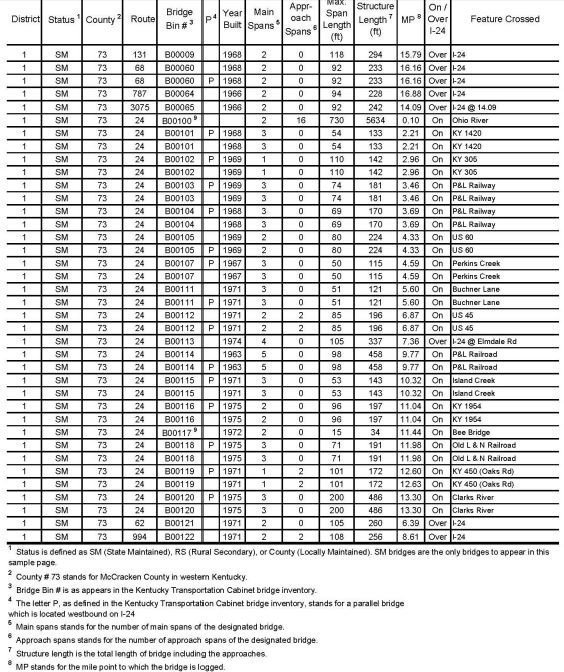 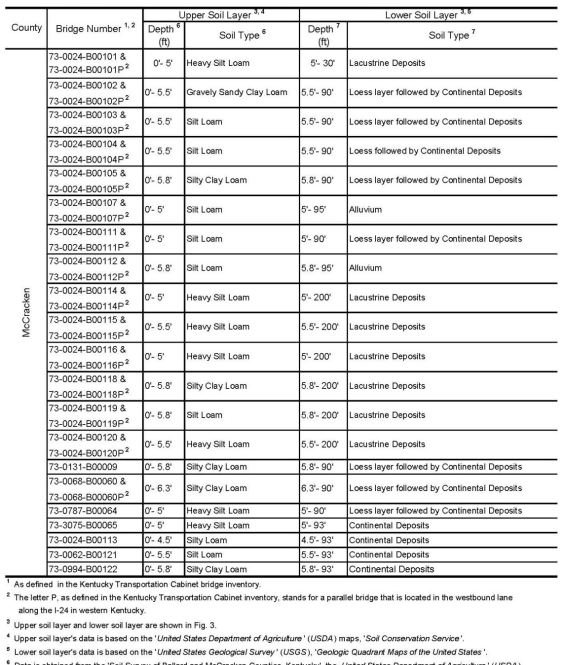