The use of embedded steel reinforcing bars to overcome the weakness of con- crete in tension was first proposed about 150 years ago and, since the beginning of the 20th century, reinforced concrete has been employed as a structural material all over the world. Its applications have been extremely diverse and it has shown good durability in the vast majority of cases, despite the fact that plain carbon steel reinforcement is vulnerable to corrosion in the presence of water and oxygen. Since both of these substances are generally available within the pores of concrete, it is somewhat unexpected to find that the surfaces of steel reinforcing bars, exposed when concrete structures have been demolished after many years of service, typically exhibit the appearance of silvery-grey metal. The surface layer of rust, normally present at the time reinforcement is embedded in concrete, is no longer evident and the underlying metal has been effectively protected from corrosion by the surrounding concrete. But for this fortunate behaviour, the use of conventional steel reinforced concrete in many common applications would have been impractical.

Until the early 1970s, there appeared little reason for major concern about the corrosion of steel in concrete and the issue was largely ignored. Since then, however, widespread corrosion problems have emerged in many countries and engineers have often been confronted with the difficult task of dealing with corrosion-induced degradation of the sort shown in Figs 5.1 and 5.2. These examples demonstrate what can happen if reinforced concrete structures are exposed to aggressive conditions without due consideration of the requirements for protection of the reinforcement. The scale of the ensuing problems can be enormous, as indicated by recent estimates of between $6.43 billion and $10.15 billion for the annual direct cost of corrosion for US highway bridges, for which the indirect costs to users, attributable to traffic delays and lost productivity, are believed to be more than ten times the direct cost (Yunovich and Thompson, 2003).

In this chapter, the nature of corrosion protection normally provided by concrete to embedded reinforcing steel will be examined and common mechanisms that can bring about its failure will be reviewed. The basis for design and construction of durable reinforced concrete structures will then be considered and an outline given of recent developments in some relevant codes and standards. Advances in the application of various forms of supplementary corrosion protection to new structures and techniques for appraisal and treatment of corrosion problems in existing structures will also be reviewed briefly. 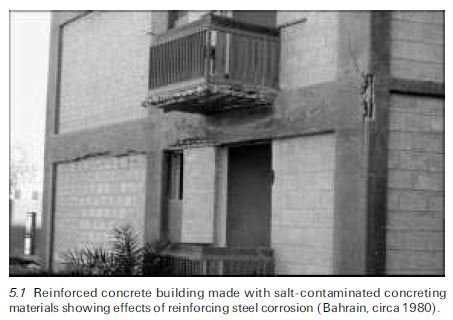 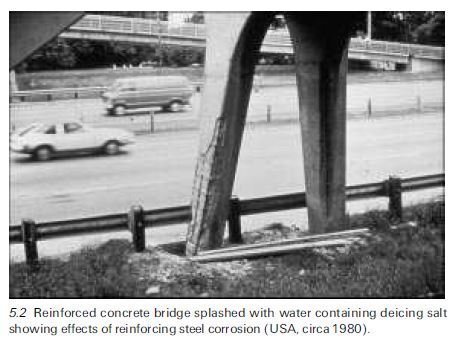 Use of non-reactive aggregate (or exploitation of the ‘pessimum’ effect) 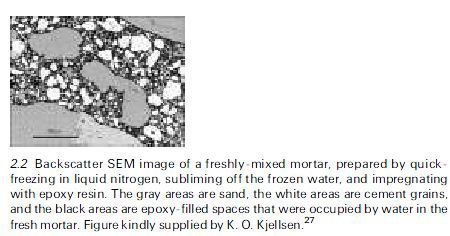 The genesis of `capillary pores’ in concretes 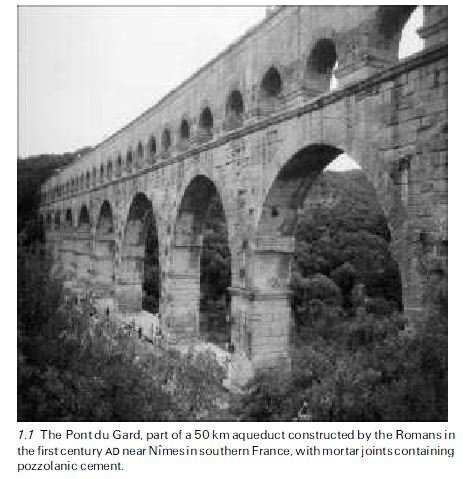 Durability of concrete and cement composites