Production methods for frc fall into three main categories: pre-mix, spray-up and automated processes. Pre-mix simply uses normal concrete mixing technology, with pre-chopped fibres added to the mix in the same way as any other constituent. This method tends to be used where only low fibre volumes are required, i.e. for fibre reinforced concrete. As Vf exceeds about 1±2% depending on the fibre type, balling of fibre in the mixture results in poor distribution of fibres; the mix also tends to become unworkable and difficult to compact.

For higher fibre contents (and thus enhanced properties), spray-up techniques are used. These tend to use systems where the concrete or mortar matrix and fibres are sprayed separately, either from dual or concentric nozzles. The fibre and matrix are mixed as they impinge on the mould or substrate surface and are often compacted by hand or automated rollers following the spray head. Varying the rate at which fibres are delivered controls the volume fraction. The fibre may be delivered as a continuous roving and chopped at the spray head (as in glass-frc), or sprayed pre-chopped (as in steel-frc `shotcrete’). Some additional hand lay-up may take place simultaneously, e.g. to add extra textile to reinforce corners or rebates. The spraying process may be partly automated.

Automated processes tend to produce continuous sheets of frc. Most are developed from the Hatschek process. Water-rich slurries of fibre and matrix are de-watered to form thin layers, which are laminated to achieve the required thickness. The sheets are formed (e.g., corrugated, curved) on mandrels while still green. The process depends for its success on the ability of the fibre to flocculate in such a way as to prevent cement particles from being washed away. The process was developed from paper-making technology for manufacture of asbestos-frc, which is ideally suited to this method. Some efforts are being made to adapt the process for other fibre systems.

Recently, woven textiles of various or combined fibres have been developed for use as reinforcement for cementitious products (e.g., Curbach, 2003). This has opened the way for a variety of composite production methods to be used for frc, e.g. pultrusion (Peled and Mobasher, 2005). The state-of-the-art report in textile reinforced concrete was reported in early 2006 by RILEM Technical Committee TRC-201 (RILEM, 2006).

Use of lithium-based compounds

Reasons for failure of prestressing steel 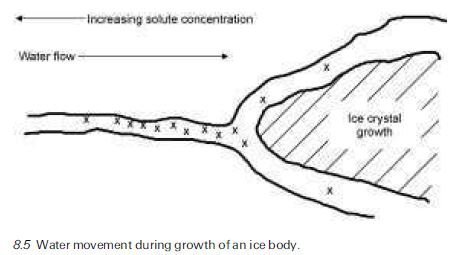