Many of the long-term performance problems of fibre-reinforced cement com- posites are not the result of changes in the composites’ properties, but are induced by volume changes in the material caused by temperature and humidity changes. The shrinkage potential of fibre-reinforced cement thin sheets may exceed considerably the shrinkage of concrete. Typical shrinkage strains for the latter are usually less than 0.05%, whereas for the thin sheet composites swelling values in the range from 0.10% to almost 2% have been measured (Baum and Bentur, 1994). It should be noted that this is the situation in thin sheet frc but not in fibre-reinforced concrete where shrinkage is equal to or smaller than that of the unreinforced concrete. The higher swelling in the thin sheet composites is a result of a variety of influences, including higher cement content than in a typical concrete mix (i.e., less aggregates) as well as the presence of fibres that are moisture-sensitive, such as cellulose or natural fibres. In addition, the thin geometry of many of the thin sheet fibre-reinforced cements leads to higher drying rates.

Volume changes induced during natural exposure by wetting and drying may cause internal damage due to microcracking. This has been demonstrated for wood particle-reinforced cement (Becker and Laks, 1985) in which ageing in water did not lead to strength loss, whereas drying/wetting cycles resulted in loss in strength, with the magnitude of loss becoming greater for the more extreme drying cycles. Degradation was the result of internal damage due to volume changes. Damage of this kind might be expected to be greater for testing under restrained conditions where internal stresses of greater magnitude are expected to occur as the result of the restrained volume changes. Thus, reduction in properties and cracking might be observed even for composites where the volume changes are smaller than in wood particle-reinforced cement (Becker and Laks, 1985).

Dimensional changes can cause problems not connected with loss of material properties. In some applications of thin sheet frc such as cladding, dimensional changes may lead to bowing, micro- and macro-cracking of panels. The extent of the damage will depend on both the material degradation and the nature of the joints, fixings and underlying structure; this type of long-term performance problem can be more critical than the changes in the properties of the material with time (Fordyce and Wodehouse, 1983, Hansen et al., 1990, Williamson, 1985). Unfortunately, this problem has not received adequate attention in the open literature, which usually highlights durability issues related to the proper- ties of the material itself. The required approach is either to study the restrained shrinkage performance of the material itself (Becker and Laks, 1985), or to test full-scale panels, including their connections to the structure, as recommended in ISO 8336. Restrained shrinkage of frc has been studied more intensively in recent years to examine the extent to which the presence of a small content of fibre reinforcement can reduce shrinkage and related cracking in concrete (Banthia et al., 1993, Sarigapbuti et al., 1993, Kovler et al., 1993). These studies, although not directly intended for the evaluation of long-term perform- ance of thin sheet fibre-reinforced cement, provide a basis for methodology and scientific background needed to address such issues. Standardisation of such tests is currently underway, using configurations similar to those reported by See et al. (2003). 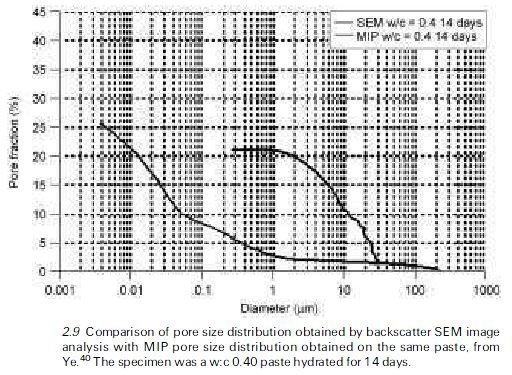