Magnitude is a quantitative measure of the actual size of the earthquake. Professor Charles Richter proposed the scale of magnitude that goes from 0 to 9. It is a geometric scale. Now this scale is known as Richter scale. It is obtained from the seismograph. It depends on waveform amplitude on epicentral distance. It is denoted by letter M followed by the number. An increase in magnitude by 1 implies 10 times higher waveform amplitude and about 31 times higher energy released. Thus energy released in M6 and M5 earthquake have the ratio 31, and M8 to M5 have the ratio 31 × 31 × 31. There are other magnitude scales, like the Body Wave Magnitude, Surface Wave Magnitude and Wave Energy Magnitude.
Intensity is a qualitative measure of the actual shaking at a location during an earthquake. Hence
for the same earthquake, it has different values at different places, highest value being at epicentre. This is a linear scale. It is assigned as Roman Capital Numbers from I to XII.
Intensity depends upon
1. Amount of source energy released
2. Distance between the source and the place of interest
3. Geographical features of the media of travel and importantly on the type of structure.
Modified Mercalli Intensity (MMI) scale is commonly used to express the intensity. MMI scale is as given below: 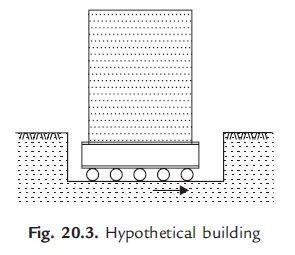 IS Codes for Building Materials and Construction