The seismic hazard of some territory represents a possible potential or a level of expected hazard, caused by geological structure features, tectonic movements, geophysical fields, macroseismical catalog, engineer-geological and hydrogeological structure etc. The adequate assessment of seismic hazard, at the same time is one of the important problems of engineer seismology. Unlike short-range and middle-range earthquake forecast, the involved assessment of seismic hazard, presented as seismic zoning maps, in fact is a longranged forecast of the earthquake strength and place.
One can mark out three types of analysis three consecutive stages of seismic zoning:
1. general seismic zoning – GSZ or SZ, is realized in 1:5 000 000 or 1:2 500 000 scale 2. detailed seismic zoning DSZ, was originally carried out for the most studied regions of perspective construction in 1:1 000 000, 1:500 000 scale or very rarely in 1: 200 000 scale.
3. seismic microzonation – SMZ, in 1:25 000 scale or greater, contained in engineer investigation system.
The results of seismic zoning have to be the appropriate map creation GSZ, DSZ and SMZ.
DSZ differs from GSZ in investigation scale. At the same time, in DSZ process may and must be studied all potential sources of possible earthquakes, which may be not taken in account, e.g. they have relatively small seismic potential during GSZ analyzing. It has to be mentioned, that in the real conditions the consequences of seismic hazard generation with that types of sources may have, if not great, but noticeably negative effect. At the same time both types of zoning are very similar, nothing to say about minuteness.
The third stage or stage of seismic hazard assessment in SMZ type has absolutely other physical meaning, in spite of similar name with GSZ and DSZ. The SMZ using allows to take into account the seismic properties of site soils, including physicomechanical and dynamical properties of soil.
The SMZ map traditionally is a normative part of Building Codes, and regularly is revised.
At the same time during the map design only huge geology-geophysical zones are taken into account, which the seismicity determined.
The assessment of seismic hazard of the site is carried out using necessity and probabilistic methods. The probabilistic analysis of seismic hazard assessment includes alternative models of seismic sources, the earthquake returne periods, the seismic signal attenuation and distance dependence, and much vagueness, caused by careless information of some parameters, and by random character of seismic events. In the necessity analysis of seismic hazard assessment the vagueness is not considered, only the extreme seismic effect is estimated on the real site, using near earthquake sources with fixed magnitudes. There are many domestic and foreign algorithms and programs for this purpose.

Practically all the previous maps of seismic zoning, from the first map (1937) in the former USSR till the last but one map (1978) were necessity. They not take into account the main characteristic of seismic regime of seism active territory, although in the middle of 40th S.V. Medvedev (Medvedev, 1947) proposed to bring in seismic hazard zones internal differentiation including the strong earthquake return periods and assumed constructions durability. Then U.V. Riznichenko created algorithms and programs for seismic “shakeability” estimation (Riznichenko, 1966). But all these progressive development of
domestic seismologists, like their other ideas were not brought in use. (Seismic zoning of USSR territory, 1980). At the same time these ideas were brought in use abroad, after analogous paper of Cornel K.A. (Cornell, 1968). And then western countries begun to create seismic zoning map in exceeding (or nonexceeding) probability of seismic hazard in given times intervals.
The vagueness conditions, are always presented in nature, so the necessity method in the seismic zoning is incompetent. The seismic zoning process must use only probabilistic methods. The risk is always presented, but it must be estimated and reduced to minimum.
These ideas are presented in the new more progressive maps of Russia general seismic zoning – GSZ -97. For the first time in Russia was proposed to use the probability map kit GSZ -97 for different constructions (Ulomov, 1995). General map GSZ -97 is presented on fig. 1. Wide spread usage of GSZ is caused by insufficient development of DSZ and distinct laborintensiveness of its realization for researchers. Prof. Ulomov and his colleges use modern methods instead of ancient and out of date approach. In the same time the GSZ materials using sometime is impossible due impossibility to use more detailed information of regional and local materials including tectonical materials. The map generalization is enough for state overall planning, but is not enough for reliable estimation of real objects seismic conditions.
The process of Detailed seismic zonation is very complicated and expensive complex of geology tectonical, geophysical and seismical investigation for quantitative estimation of seismic effect in any site of perspective region (Aptikaev, 1986).
That type of investigation consists of all methods used in DSZ, but estimated quantitatively the source (background) seismic effects only on concerned site GSZ (more precisely for mean soil conditions or 2nd seismic category soils on site).
So, it is necessary to develop DSZ approach. The modern DSZ has clear and argumented content. There is huge Strong Motion Data Base with many records of soil velocity and acceleration, including South Caucasus Countries. Now, there are many modern computer programs, reliable digital velocity and acceleration registrators, now we may obtain many records of earthquakes. So, it is possible to realize DSZ purpose using reliable data. And, in spite of updating initial seismicity (UIS) for DSZ we have tye possibility to estimate site seismic hazard. 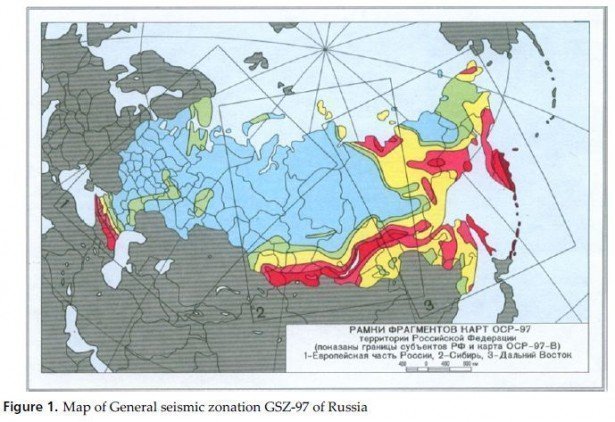 It must be told, that UIS-DSZ methodic always formed parallel with GSZ methodic, but the scale differs, and some additional methods.
There are some methods that may be used in GSZ and DSZ for seismic generic structures (SGS) identifications, it is identification of zones of danger earthquake appearance (Nesmeianov, 2004).