The Unified Soil Classification System is based on the airfield classification system developed by A. Casagrande during World War II. With some modification it was jointly adopted by several U.S. government agencies in 1952. Additional refinements were made and it is currently standardized as ASTM D 2487-93. It is used in the U.S. and much of the world for geotechnical work other than roads and highways.

In the unified system soils are designated by a two-letter symbol: the first identifies the primary component of the soil, and the second describes its grain size or plasticity characteristics. For example, a poorly graded sand is designated SP and a low plasticity clay is CL. Five first-letter symbols are used:

Clean sands and gravels (having less than 5% passing the No. 200 sieve) are given a second letter P if poorly graded or W if well graded. Sands and gravels with more than 12% by weight passing the No. 200 sieve are given a second letter M if the fines are silty or C if fines are clayey. Sands and gravels having between 5 and 12% are given dual classifications such as SP-SM. Silts, clays, and organic soils are given the second letter H or L to designate high or low plasticity. The specific rules for classification are summarized as follows and described in detail in ASTM D 2487. Organic soils are distinguished by a dark-brown to black color, an organic odor, and visible fibrous matter. 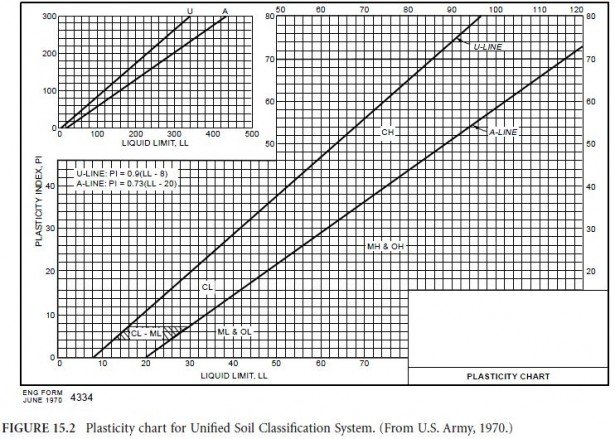 For sands and gravels where more than 12% of the total sample passes the No. 200 sieve, the soil is a clayey sand (SC), clayey gravel (GC), silty sand (SM), or silty gravel (GM). The second letter is assigned based on whether the fines classify as clay (C) or silt (M) as described for fine-grained soils below.

For sands and gravels having between 5 and 12% of the total sample passing the No. 200 sieve, both the gradation and plasticity characteristics must be evaluated and the soil is given a dual classification such as SP-SM, SP-SC, GW-GC, etc. The first symbol is always based on gradation, whereas the second is always based on plasticity. 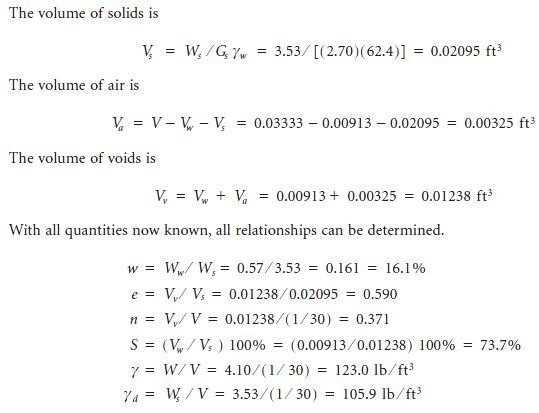 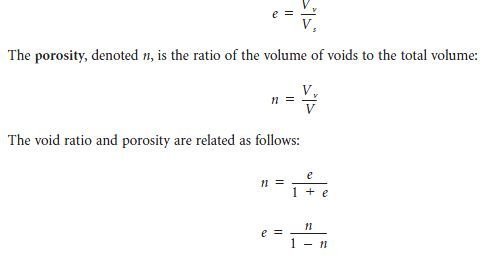