Between 1995 and 2000, Sundlink Contractors, a joint venture consisting of Skanska AB, Hochtief AG, Holgaard and Schults A/S and Monberg and Thorsen A/S, designed and built a major transportation project linking Copenhagen, Denmark and Malmo, in South-western Sweden. The O¨ resund project included a high cable-stayed bridge, east and west approach bridges, an artificial island and a tunnel, a total distance of 15.8 km. The project location is shown in Figure 2.9, while the various elements are depicted in Figure 2.10. This was a project with impressive technical features: 2000 tonnes of cables, 82 000 tonnes of structural steel, 320 000m3 of concrete and 7.8 km total bridge length, including a 490 m span with 55 m navigation clearance. Likewise, the construction methodology involved considerable innovation and massive amounts of logistical planning and coordination. For example, 49 steel girders and associated concrete decks were produced at Cadiz, Spain and transported to the site by giant barges towed by tugboats, with two girders per barge load; a production facility in Malmo Harbour pre-fabricated the massive piers and caissons; and a floating crane, Svanen, with an 8700 tonne load capacity, transported bridge components and lifted them into place.

Equally notable was the pioneering approach to the project’s management organisation. The same joint venture partners had been involved in Denmark’s Great Belt East Bridge project in 1991–1995. A traditional top-down management structure was utilised and large claims, numerous non-conformances, a lack of trust and a tense relationship between builder and client resulted. Intent on improving on their previous performance, the partners felt that this new US$ 1 billion challenge required a new approach to project organisation and a more cooperative, trustful client–contractor relationship. They chose a decentralised and transparent organisation structure whose primary goal was to allow the client, Øresundkonsortiet, owned jointly by the governments of Denmark and Sweden, to interact directly with all layers of the contractor’s organisation, all the way to the forepersons on the jobsite (Sundlink Contractors, 1996). The primary parties involved in the project are shown in the organisation chart in Figure 2.11. Some of the features of this new form of organisation are as follows.

The project management team assumes an advisory role and develops strategies and transparent guidelines for the different project teams (for example, Offshore Department, Site Support and Logistics and so on) together with an interdisciplinary task force.
 Each project team sets its own goals, schedules and budgets and bears full responsibility for them.
 The on-site work force of a project team has a direct input in setting up self-defined targets, working schedules, bonus payments and so on.
 The project teams are decentralised operational units that are not supervised by the project management (as long as their self-controlling mechanisms function well).
 The success of each project team is monitored and assessed quarterly by an interdisciplinary committee. The achievements are compared to the previously selfdefined goals and forecasts of the project teams. The client is fully integrated in this process and can give recommendations directly to department managers.
 Service groups comprising contract administration, technical, quality assurance and development, accounting and finance groups serve as central specialist units that can be addressed and consulted any time by any team or individual. There are no  hierarchical dependencies between the service groups and the project teams. Their recommendations are not binding.

 The work team, down to the individual, is committed to report frankly all irregularities or quality deficiencies to the project management team and to the client. In case a work team does not follow this policy, either the work team leader is dismissed or the entire work team is restructured and placed under close surveillance.
 Subcontractors are encouraged to join this self-controlled, frank and interactive construction management system.
 The client commits to refrain from allocating blame and helps to overcome deficiencies and solves encountered problems together with the project teams.
 All trust-building measures between contractor and client are strongly encouraged by both sides.
‘All’s well that end’s well’ and this project ended well. The implementation of the system described above was fully successful and will be used as a model for future large-scale construction projects. The project was executed below the projected budget and finished ahead of the time schedule. No claims were filed and the relationship between client and contractor was superb. Figure 2.12 shows an overview of the project’s status in November 1999.

Construction Considerations in deciding to tender 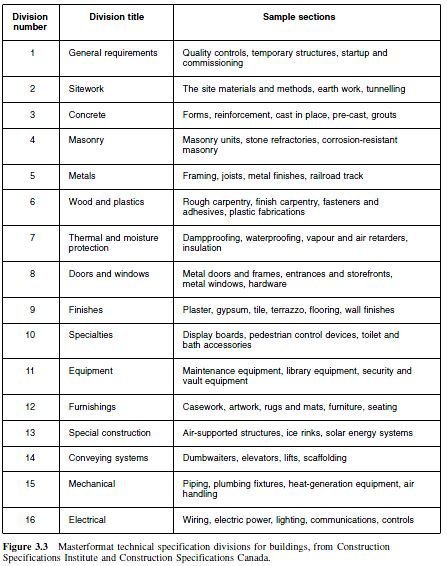 Construction Summary of planning and design