This is a variation of the design–build arrangement, wherein the owner engages a design team to develop a project concept, overall schematic layouts, performance specifications and other preliminary design details sufficient to select a contractor or construction manager through a tender process. After the contractor is selected, the design consultant’s contract with the owner is transferred to the contractor through a process called novation. The contractor then becomes responsible to the owner for completion of design, as well as construction, with the understanding that the design work will be completed by the originally selected design organisation. Advantages of this method include a greater control of planning and specification by the owner, as well as the advantages listed for the design–build method. In addition to the disadvantages listed for design–build, the design firm bears the uncertainty of not knowing to whom they will eventually be contracted for completion of the design. In Figure 2.6, we show one possible document and construct arrangement, with the architect/engineer assuming a role as a ‘subcontractor’ to the general contractor after the construction contract is signed. Another arrangement would be to add the use of a project manager with the role described in the previous section.

In the USA, the term bridging refers to the process similar to that described as document and construct in the previous paragraph. The bridging process involves two design firms. The first is under contract with the owner and its responsibilities extend part way through the design process. The resulting documents define the parts of the project that the owner desires to control; they also provide sufficient definition to allow the selection of a construction organisation. The documents leave latitude for the contractor to seek alternative means of construction and thus achieve economies in construction technology. After the contractor is selected, a second design firm is appointed by the contractor (with approval by the owner). This design firm becomes a subcontractor to the contractor and has responsibility for final construction drawings and specifications. Construction does not begin until construction drawings are complete and all parties agree that the owner’s intentions will be fulfilled. It is clear that document and construct and bridging are nearly synonymous; the significant difference is that bridging utilises two separate design firms, in contrast to the single design firm under ‘document and construct’ and the attendant need for contract novation (Project Delivery Strategy, 2002; Bridging, 2002). 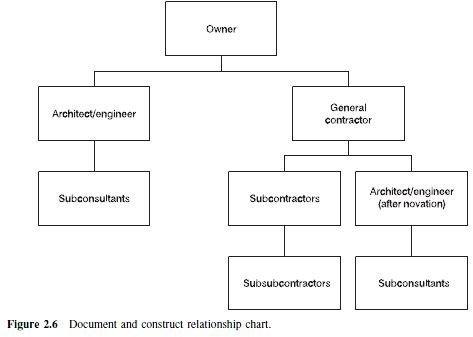 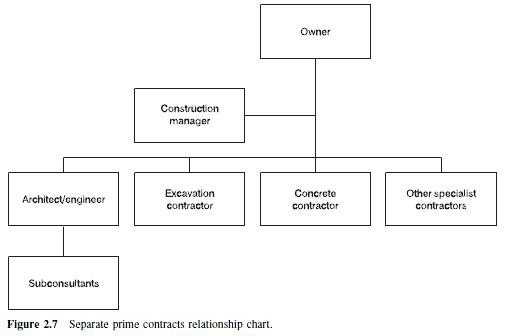