This broad category of construction, sometimes called engineering construction, is characterised by designs prepared by engineers rather than architects, the provision of facilities usually related to the public infrastructure and thus owned by public-sector entities and funded through bonds, rates or taxes and a high degree of mechanisation and the use of much heavy equipment and plant in the construction process. These projects usually emphasise functionality rather than aesthetics and involve substantial quantities of such field materials as timber, steel, piping, soil, concrete and asphalt. More so than other types of construction, engineered construction is often designed by an owner’s in-house staff, such as a provincial highway department or a federal public agency; the Army Corps of Engineers is an example of the latter in the USA. A general contractor is usually engaged to install the work, with subcontractors as needed to contribute specialty services. With these kinds of projects, the exact quantities of some materials can seldom be ascertained in advance; thus these construction contracts are often arranged such that the contractor is paid a pre-agreed-upon unit price (US$ per cubic metre of concrete, for example) for each unit of material actually required.
Two common subcategories of engineered construction are highway construction and heavy construction. Highway construction typically requires excavation, embankment construction, paving, installation of bridges and drainage structures and associated lighting and signage. Heavy construction projects include dams, tunnels, pipelines, marine structures, water and sewage treatment plans, railroads, rapid transit systems, airports and utility work such as electrical transmission and distribution systems, water lines, sanitary and storm drains, pumping stations and street paving. Utilities, upon completion, are often owned and operated by semipublic entities such as electric associations or water authorities. 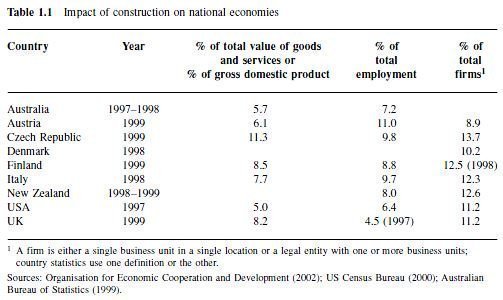