In Sec. 5.1.1, it was stated that single-wythe panel walls can be designed as though out-of-plane load were carried by the vertical strips alone. Now let’s show why that’s true. Consider the single-wythe panel shown in Fig. 5.8. Assume that the panel resists out-of-plane loading as an assemblage of crossing strips, in the x direction (horizontally on the page) and the y direction (vertically on the page). At the very end of this section, it will be shown that such an assumption is legitimate (“strip method”). Now impose compatibility of out-of-plane deflections on the strips— that is, the crossing x and y strips must have equal out-of-plane 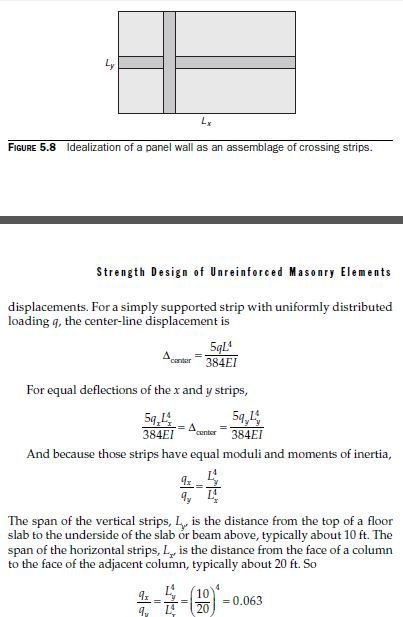 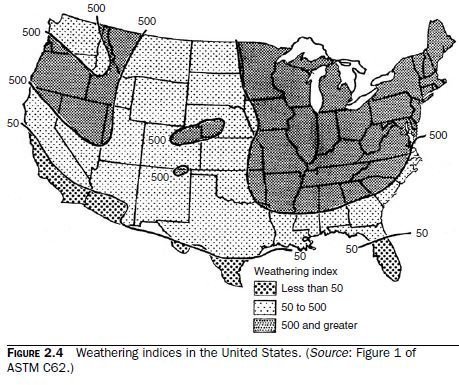 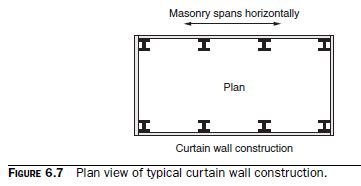