A curtain wall of standard modular clay units spans 20 ft between columns, and is simply supported at each column. It has reinforcement consisting of W4.9 wire each face, every course. The curtain wall is subjected to a wind pressure w = 20 lb/ft2. Design the curtain wall. As an initial assumption, use fm′ = 2,500 lb/in.2. Referring to Table 1 of the 2008 MSJC Specification, this would require clay units with a compressive strength of at least 6600 psi, and Type S mortar. 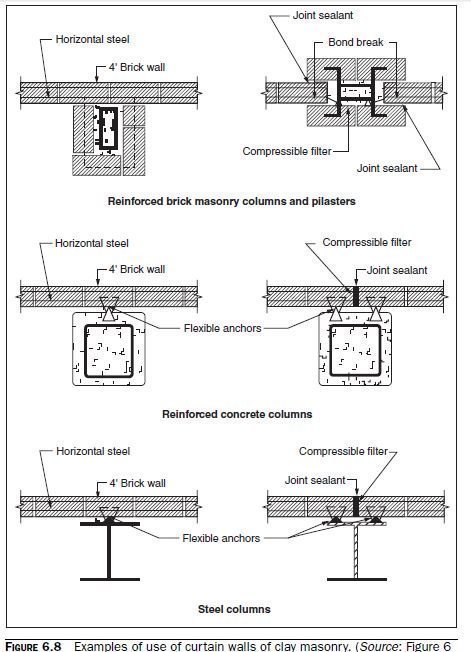 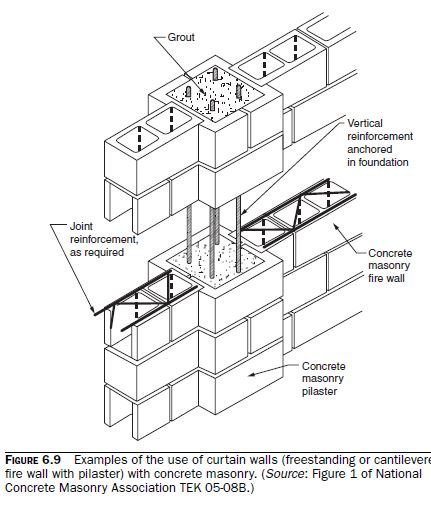 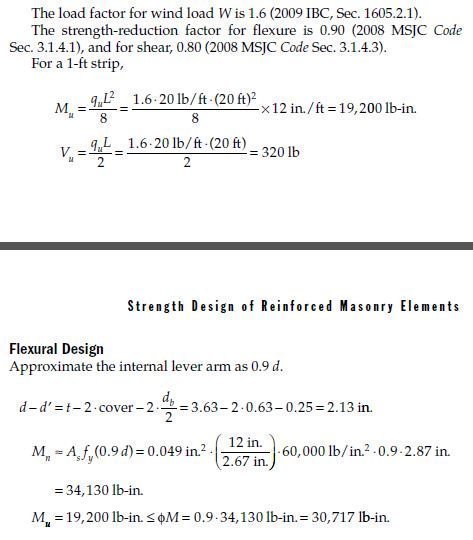 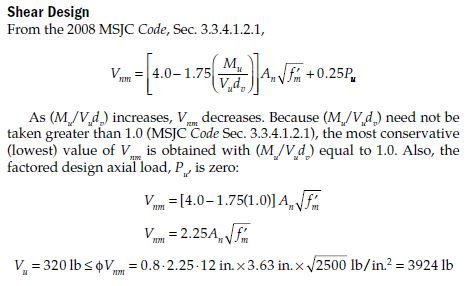 and the design is acceptable. For this example, strength design is probably a little simpler than allowable-stress design. Note the above prohibition, in the strength-design provisions of the 2008 MSJC Code, from using joint reinforcement to resist calculated actions. The purpose of this example has been to show how strength calculations differ from allowable-stress calculations for design of curtain walls. Strength design of flexural members using deformed reinforcement, which is permitted by the 2008 MSJC Code, is presented in later sections.