The 2008 MSJC Code has no requirements for minimum flexural reinforcement for out-of-plane design of masonry walls.

For walls subjected to out-of-plane forces, for columns, and for beams, the provisions of the 2008 MSJC Code set the maximum permissible reinforcement based on a critical strain condition in which the masonry is at its maximum useful strain, and the extreme tension reinforcement is set at 1.5 times the yield strain.

The critical strain condition for walls with a single layer of concentric reinforcement and loaded out-of-plane is shown in Fig. 6.21 along with the corresponding stress state. The parameters for the equivalent rectangular stress block are the same as those used for conventional flexural design. The height of the equivalent rectangular stress block is 0.80 fm′, and the depth is 0.80 c. The tensile reinforcement is assumed to be at fy. Locate the neutral axis using the critical strain condition 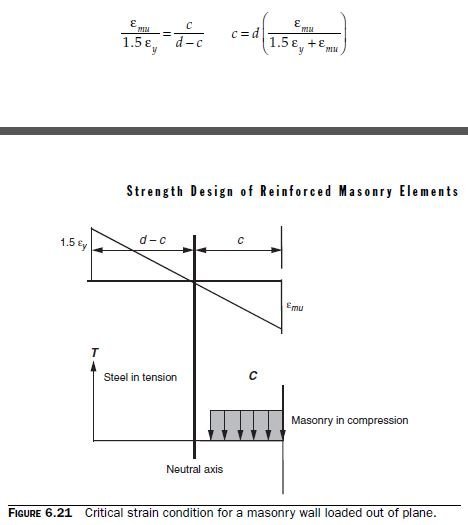 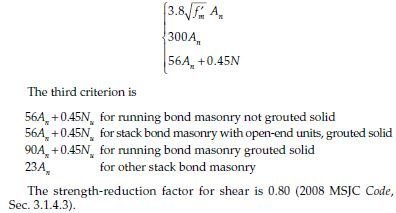