Among the more difficult and therefore more challenging types of claim are those relating to ‘unforeseen conditions’ – usually ground conditions. Clause 12 of the ICE conditions permits a contractor to claim extra payment:

There has frequently been criticism of this Clause 12 definition, but it has stood the test of many contracts over the years, and no alternative phrase has ever been put forward that works distinctly better. Some employers have tried deleting the provisions of Clause 12 entirely; but the contractor then adds a premium to his prices for the added risk he takes, so the employer pays this whether or not any unforeseen conditions arise. A point to be borne in mind if Clause 12 is deleted, is that it is usually impracticable to allow each tenderer to conduct his own site investigations, so he has no way of limiting his risk other than by raising his price. On a pipeline, for instance, the road authorities and private landowners would not permit each tenderer to sink his own test borings all along the route; nor may the employer allow each tenderer to sink test borings on the site of some proposed works.
Adifferent attempt to avoid the problem of unforeseeable ground conditions is to specify the nature of the ground to be excavated as inclusive of practically everything, for example, in soft or hard material including gravel, cobbles, boulders, rock or concrete, running sand, etc. But if Clause 12 is left in the contract it over-rides such a specification because the extent to which any of these materials occurs remains undefined, so ‘unforeseeable conditions’ could still occur.
Although there is plenty of scope for the contractor to claim that things have not turned out as he expected, the criterion is whether ‘an experienced contractor’ could have foreseen the ‘event’ or not. To decide this with respect to ground conditions depends on the geotechnical information made available to tenderers together with any information readily available, such as that relating to the geology and soils of the area, and common experience locally. It needs to be remembered that when the contractor undertakes the obligation to construct the works he should have looked into these matters. Often it is not so much the event as such which is unforeseen, but its magnitude.
For example, test borings may show that hard bands of siltstone are likely to be encountered in tunnelling. But if, instead of occasionally appearing in the tunnel face and disappearing, a band manages to stay exactly in the soffit of the tunnel for a considerable length – this has occurred – this greatly adds to driving  costs. The problem is that borings often reveal a range of ground conditions, but unless numerous borings are taken, they seldom disclose the degree of persistence and exact location of one particularly difficult condition. In fact, if an experienced resident engineer and the experienced engineer find themselves surprised by the ‘unforeseen event’ it is difficult to maintain that the contractor should have foreseen it. The problem has to be solved on the basis of reasonableness.

A contractor could not reasonably be expected to foresee ground as uniformly bad when trial borings only show it to be of variable quality, good and bad.
The advantage of Clause 12 is that it permits many unforeseen conditions to be dealt with efficiently by a contractor with no dispute or problems of payment arising. It offers fair payment to a contractor so he will co-operate with the engineer in dealing with the conditions as effectively and economically as possible. Thus the employer pays only that which is necessary for dealing with the unexpected problem. Quite often the employer has to pay no more than he would have done had the condition been known beforehand and written into the contract. Thus both employer and contractor are fairly dealt with if Clause 12 is properly interpreted.
The ECC conditions, (see Section 4.2(f)) include for unforeseen physical conditions on a similar basis, classifying it as ‘a compensation event’ (Clause 60.1(12)). The test is worded, however, slightly differently from the ICE conditions, being conditions:
which an experienced contractor would have judged at the Contract Date to have such a small chance of occurring that it would have been unreasonable for him to have allowed for them.
The effect may be much the same as for the ICE wording but has not yet been tested to the same extent by the courts. The outcome for an employer may, however, differ as the boundary between what is covered by the contractor’s prices and what is not, may have altered by the difference in definitions. 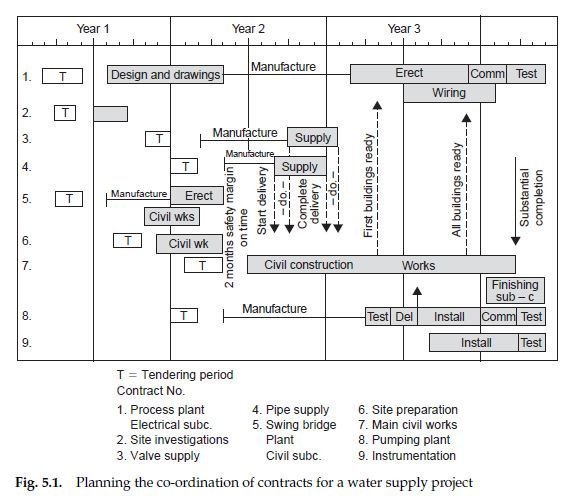 Use of nominated sub-contractors

Other conditions for civil engineering or building work