In northern areas, roof loads are determined by the expected maximum snow loads. However, in southern areas, where snow accumulation is not a problem, minimum roof live loads are specified to accommodate the weight of workers, equipment, and materials during maintenance and repair.

Some building codes specify that design of flat, curved, or pitched roofs should take into account the effects of occupancy and rain loads and be designed for minimum live loads, such as those given in Table 6.3. Other codes require that structural members in flat, pitched, or curved roofs be designed for a live load Lr (lb per ft2 of horizontal projection) computed from 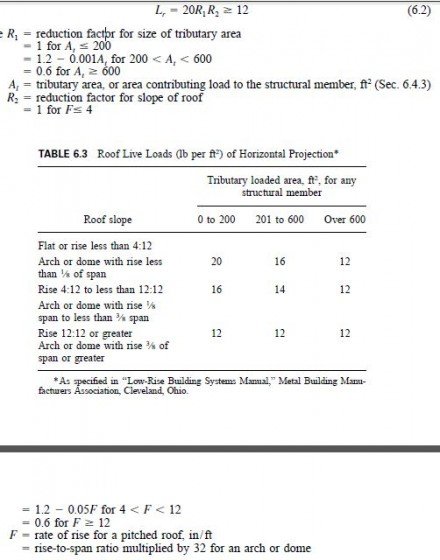 Determination of design snow loads for roofs is often based on the maximum ground snow load in a 50-year mean recurrence period (2% probability of being exceeded in any year).
This load or data for computing it from an extreme-value statistical analysis of weather records of snow on the ground may be obtained from the local building code or the National Weather Service. Maps showing ground snow loads for various regions are presented in model building codes and standards, such as ‘‘Minimum Design Loads for Buildings and Other Structures’’ (ASCE 7-95), American Society of Civil Engineers. The map scales, however,
may be too small for use for some regions, especially where the amount of local variation is extreme or high country is involved.
Some building codes and ASCE 7-95 specify an equation that takes into account the consequences of a structural failure in view of the end use of the building to be constructed
and the wind exposure of the roof: 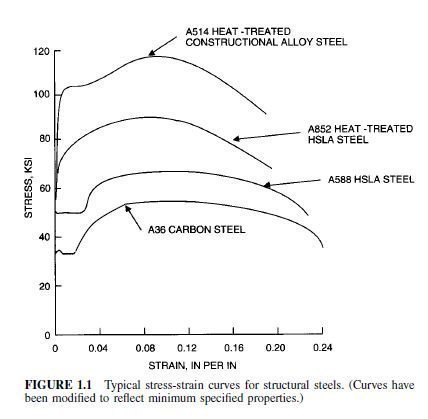