AISC ASD Approach. The lowest columns of a structure usually are supported on a concrete foundation. To prevent crushing of the concrete, base plates are inserted between the steel and concrete to distribute the load. For very heavy loads, a grillage, often encased in concrete, may be required. It consists of one or more layers of steel beams with pipe separators  between them and tie rods through the pipe to prevent separation.
The area (in^2) of base plate required may be computed from

For columns subjected only to direct load, the welds of column to base plate, as shown
in Fig. 5.35, are required principally for withstanding erection stresses. For columns subjected to uplift, the welds must be proportioned to resist the forces.
Base plates are tied to the concrete foundation with hooked anchor bolts embedded in
the concrete. When there is no uplift, anchor bolts commonly used are 3⁄4 in in diameter, about 1 ft 6 in long plus a 3-in hook.
Instead of welds, anchor bolts may be used to tie the column and base plate to the concrete foundation. With anchor bolts up to about 11⁄4 in in diameter, heavy clip angles may be fastened to the columns to transfer overturning or uplift forces from the column to the anchor bolts. For large uplift forces, stiffeners may be required with the anchor bolts (Fig. 5.36). 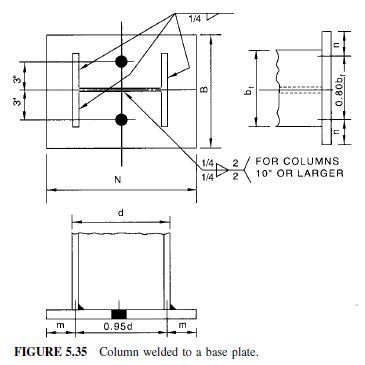 The load is transferred from column to bolts through the stiffener-plate welds. The cap plate should be designed for bending.

Pressure under Part of Base Plate. The equivalent eccentricity of the moment acting at
the base of a column equals the moment divided by the concentric load: e = M/P. When
the eccentricity exceeds one-sixth the length of base plate (P lies outside the middle third
of the plate), part of the plate no longer exerts pressure against the concrete. The pressure diagram thus extends only part of the length of the base plate. If the pressure variation is assumed linear, the pressure diagram is triangular. For moderate eccentricities (one anchor bolt required on each side of the column), the design procedure is similar to that for full pressure over the base plate. For large eccentricities (several anchor bolts required on each side of the column), design may be treated like that of a reinforced-concrete member subjected to bending and axial load. 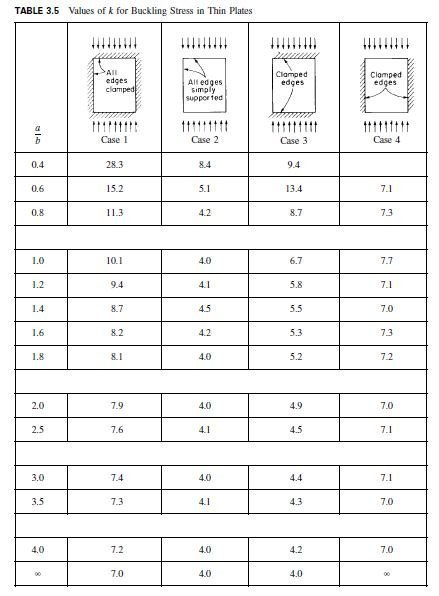 Comparisons of Elastic and Inelastic Analyses 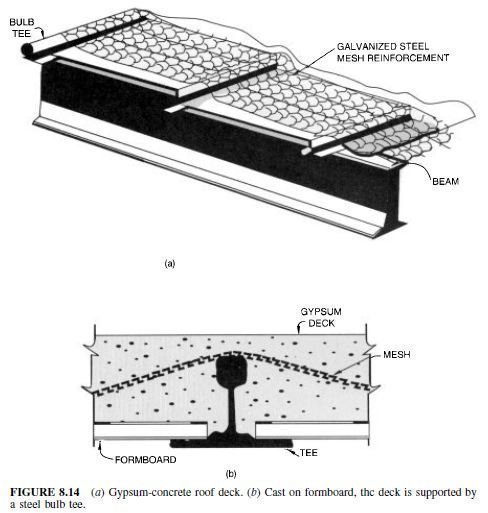