LRFD Strength in Bending and Compression

The LRFD specification presents two interaction equations for determining the strength of a member under combined bending and axial compression. The equation to use depends on the ratio of the required compressive strength Pu (kips) to resist the factored load to the nominal compressive strength Pn (kips) computed from Eq. (6.39), where   x  resistance factor for compression  0.85. 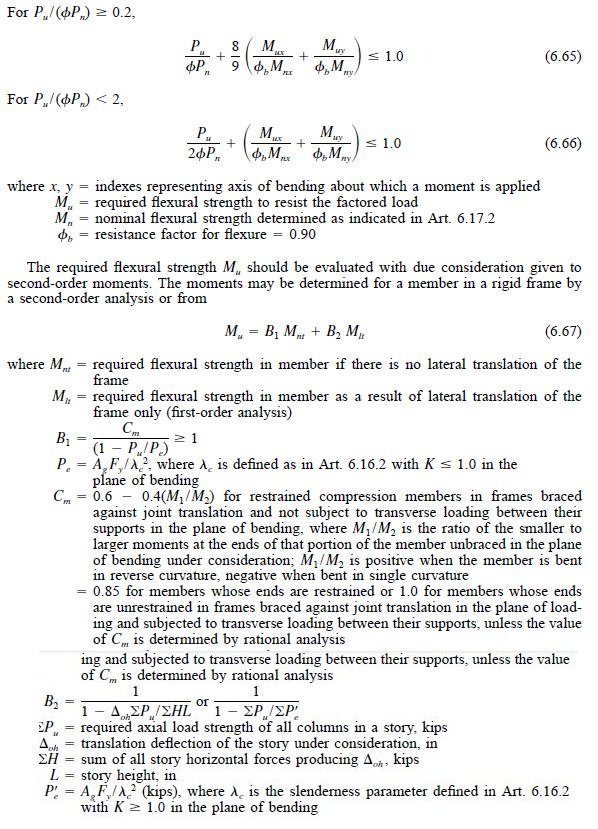 ASD for Bending and Compression 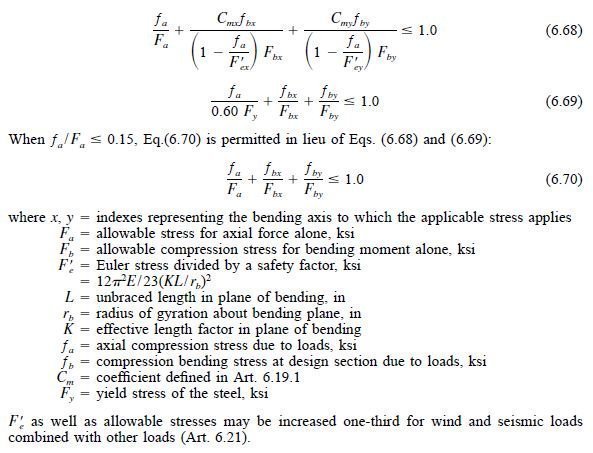