Box girders have several favorable characteristics that make their use desirable for spans of about 120 ft and up. Structural steel is employed at high efficiency, because a high percentage can be placed in wide flanges where the metal is very effective in resisting bending. Corrosion resistance is higher than in plate-girder and rolled-beam bridges. For, with more than half the steel surface inside the box, less steel, especially corners, which are highly susceptible, is exposed to corrosive influences. Also, the box shape is more effective in resisting torsion than the I shape used for plate girders and rolled beams. In addition, box girders  offer an attractive appearance.

The high torsional rigidity of box girders makes this type of construction preferable for bridges with curved girders. Also, the high rigidity assists the deck in distributing loads transversely. This is illustrated in Fig. 12.50. A single load placed off center on a bridge with single-web girders is carried mainly by nearby girders. But similarly placed on a boxgirder bridge, the load is supported nearly equally by all the girders. The effect of the deck is ignored in this illustration.
Depending on its width, a bridge may be supported on one or more box girders. Each girder may comprise one or more cells. For economy in long-span construction, the cells may be made wide and deep. Width, for example, may be 12 ft or more. Usual thickness of the concrete deck, however, generally limits spacing of the girder webs to about 10 ft and cantilevers to about 5 ft. Consequently, thicker slabs are justified to take advantage of the economies accruing from wider girder cells.
Some designers have found it advantageous to use an alternative scheme with narrow box girders. They place a pair of boxes near the roadway edges and distribute the loads to these girders through longitudinal stringers and transverse floorbeams, as is done in plate-girder construction  See, for example, Fig. 12.58.
Box girders may be simply supported or continuous. Since they generally are used principally in long spans, continuity is highly desirable for economy and increased stiffness.
Also, use of high-strength steels is advantageous in the longer spans.
Box girders are adaptable to composite and orthotropic-plate construction. (The latter is discussed in Arts. 12.14) With composite construction, only a narrow top flange is needed with each web. The flanges usually need be only wide enough for load distribution to the web and to provide required clearances and edge distances for welded shear connectors.
Figures 12.51 and 12.52 show several types of box-girder bridges that have been constructed with and without composite construction.
Boxes may be rectangular or trapezoidal. (Triangular boxes with apex down have been used, but they have several disadvantages. They usually have to be deeper than rectangular or trapezoidal boxes. Also, because of smaller area, triangular boxes have less torsional resistance. Furthermore, the bottom flange often has to be a heavy built-up section, complicated by bent plates for connecting to the webs.) With trapezoidal boxes, fewer girders may be required, but a thicker bottom plate or thicker concrete slab may be needed than for rectangular boxes. Fabrication costs for either shape are about the same.

Construction costs for box-girder bridges often are kept down by shop fabrication of the boxes. Thus, designers should bear in mind the limitations placed by shipping clearances on the width of box girders as well as on length and depths. If the girders are to be transported by highway, and single box girders with widths exceeding about 12 ft are required, use of more but narrower girders may be more economical. 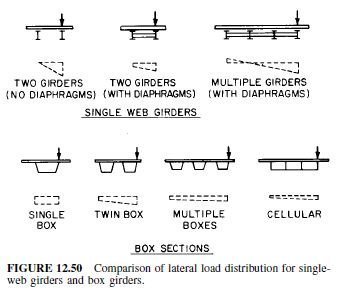 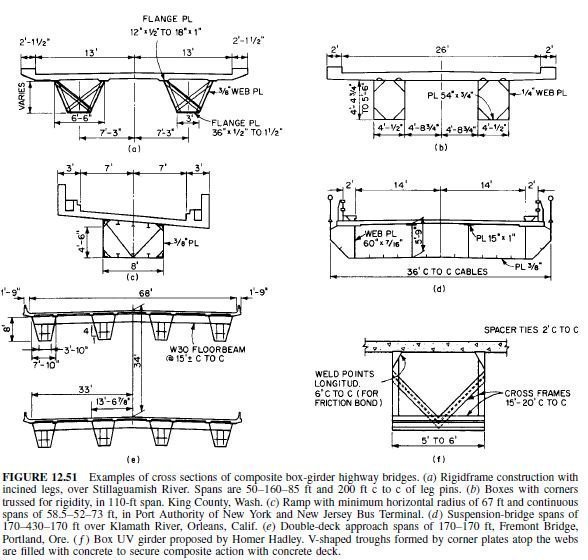 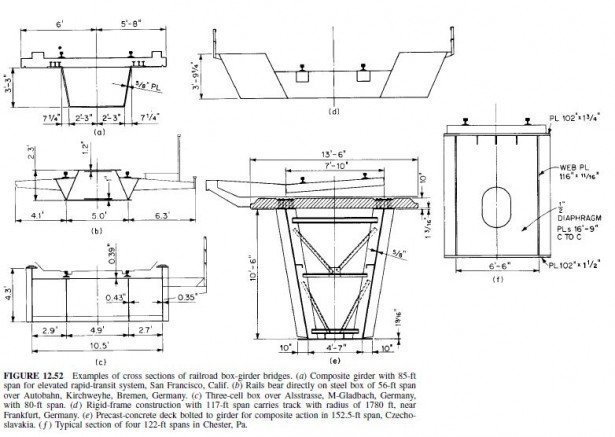 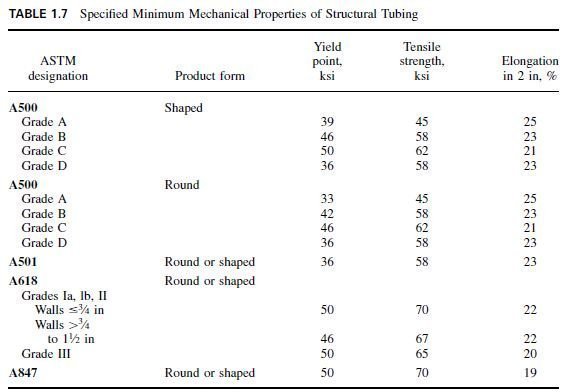