Design of structures to support cranes involves a number of important considerations, such as determination of maximum wheel loads, allowance for impact, effects due to multiple cranes operating in single or double isles, and traction and braking forces, application of crane stops, and cyclic loading and fatigue. The American Institute of Steel Construction (AISC) LRFD Specification stipulates that the factored vertical wheel load of overhead cranes shall be computed using the following nominal wheel loads and load factors:

where WL = the factored vertical wheel load
Ll = wheel load due to lifted load including any temporarily attached lifting devices
Tr = wheel load due to trolley weight including any permanently attached lifting devices
Cr = wheel load due to crane weight
The factored vertical load of cab operated and remote controlled overhead cranes should be increased a minimum of 25% to provide for impact. The factored vertical load of pendantoperated overhead cranes should be increased a minimum of 10% to account for impact load. Increase in load resulting from impact is not required to be applied to the supporting columns because the impact load effects will not develop or will be negligible.
The factored lateral force on crane runways should not be less than 20% of the nominal lifted load and trolley weight. The force should be assumed to be applied by the wheels at the top of the rails, acting in either direction normal to the rails, and should be distributed with due regard for the lateral stiffness of the structure supporting the rails.
The factored longitudinal force should be a minimum of 10% of the nominal wheel loads due to lifted load, trolley weight and crane weight, applied at the top of the rail unless otherwise specified.

The crane runway should be designed for crane stop forces. The velocity of the crane at impact must be taken into account when calculating the crane stop and resulting longitudinal forces.
The AISC ASD Specification does not deal with load combinations and factored loads, but with the percentage increase in loads as discussed above. In design by either method, fatigue and serviceability concerns are extremely important design considerations for structures supporting cranes.
Additional design guidance is given in the ‘‘Low-Rise Building Systems Manual,’’ Metal Building Manufacturers Association, Cleveland, Ohio. For the design of heavy duty crane runway systems, AISC Design Guide 7 and the ‘‘Specification for Design and Construction of Mill Buildings’’ (AISE Standard No. 13), Association of Iron and Steel Engineers, Pittsburgh, PA, should be consulted. 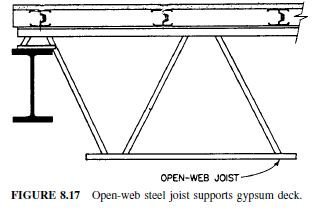 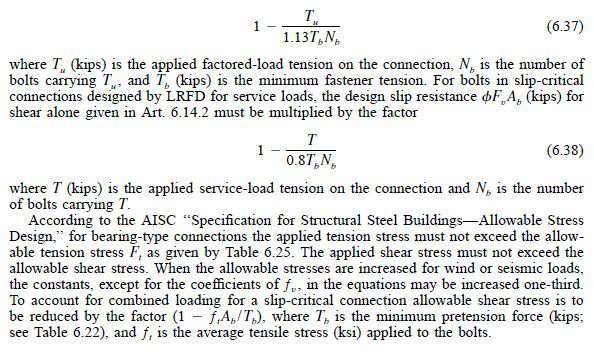