In a statically determinate system, all reactions and internal member forces can be calculated solely from equations of equilibrium. However, if equations of equilibrium alone do not provide enough information to calculate these forces, the system is statically indeterminate.
In this case, adequate information for analyzing the system will only be gained by also considering the resulting structural deformations. Static determinacy is never a function of loading. In a statically determinate system, the distribution of internal forces is not a function of member cross section or material properties.
In general, the degree of static determinacy n for a truss may be determined by 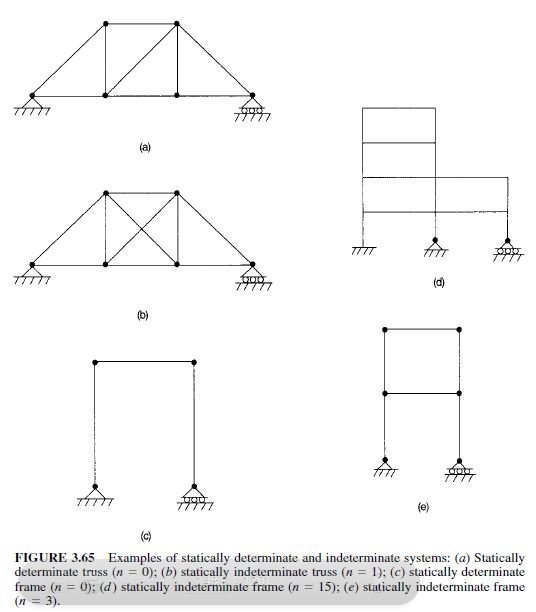