In the fabrication of structures, steel plates and shapes are often formed at room temperatures into desired shapes. These cold-forming operations cause inelastic deformation, since the steel retains its formed shape. To illustrate the general effects of such deformation on strength and ductility, the elemental behavior of a carbon-steel tension specimen subjected to plastic deformation and subsequent tensile reloadings will be discussed. However, the behavior of actual cold-formed structural members is more complex.
As illustrated in Fig. 1.6, if a steel specimen is unloaded after being stressed into either the plastic or strain-hardening range, the unloading curve follows a path parallel to the elastic portion of the stress-strain curve. Thus a residual strain, or permanent set, remains after the load is removed. If the specimen is promptly reloaded, it will follow the unloading curve to the stress-strain curve of the virgin (unstrained) material.
If the amount of plastic deformation is less than that required for the onset of strain hardening, the yield stress of the plastically deformed steel is about the same as that of the virgin material. However, if the amount of plastic deformation is sufficient to cause strain hardening, the yield stress of the steel is larger. In either instance, the tensile strength remains the same, but the ductility, measured from the point of reloading, is less. As indicated in Fig. 1.6, the decrease in ductility is nearly equal to the amount of inelastic prestrain. 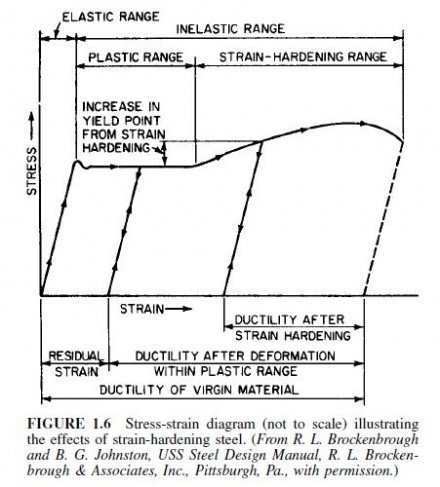 A steel specimen that has been strained into the strain-hardening range, unloaded, and allowed to age for several days at room temperature (or for a much shorter time at a moderately elevated temperature) usually shows the behavior indicated in Fig. 1.7 during reloading.
This phenomenon, known as strain aging, has the effect of increasing yield and tensile strength while decreasing ductility. 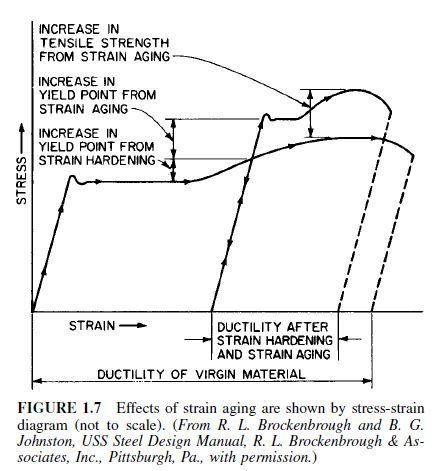 Most of the effects of cold work on the strength and ductility of structural steels can be eliminated by thermal treatment, such as stress relieving, normalizing, or annealing. However, such treatment is not often necessary.
(G. E. Dieter, Jr., Mechanical Metallurgy, 3rd ed., McGraw-Hill, Inc., New York.) 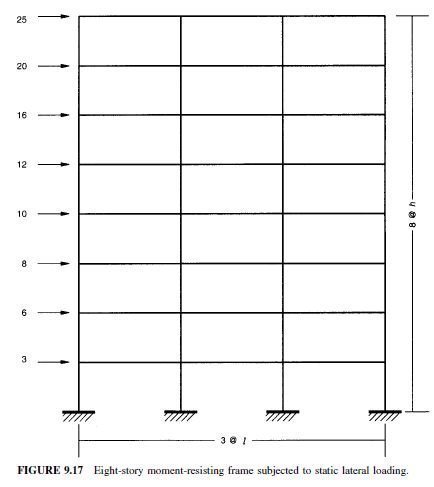 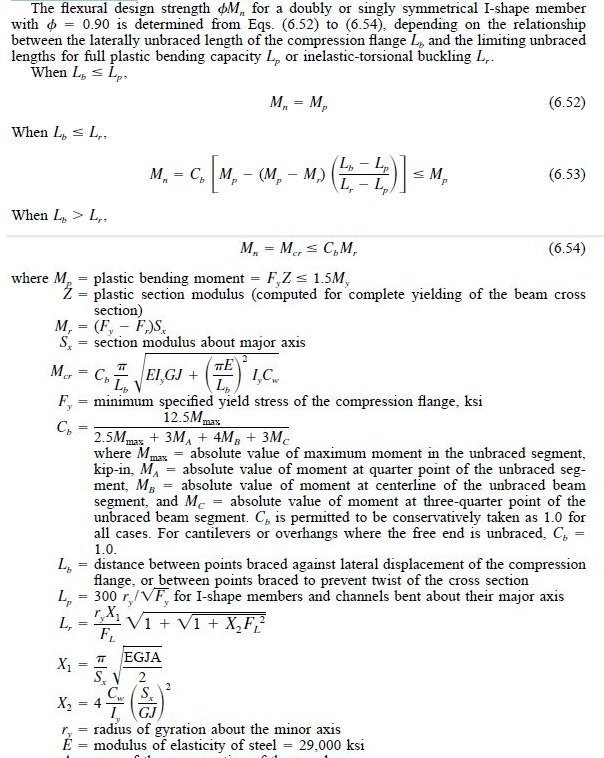 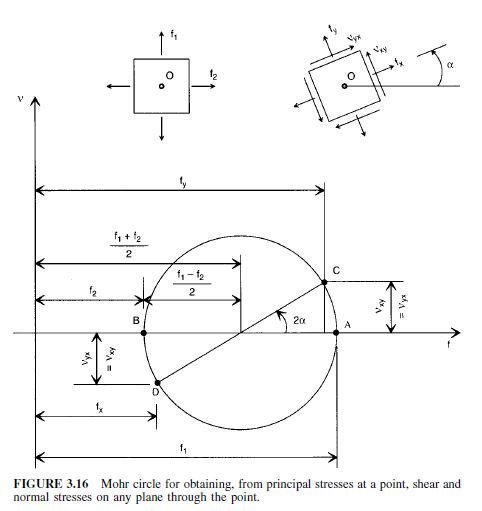