to be flat (Fig. 3.8a). For the system to be in equilibrium, body B must react by applying an equal and opposite force FBA on body A. FBA may be resolved into a normal force N and a force Fƒ  parallel to the plane of contact (Fig. 3.8b). The direction of Fƒ is drawn to resist motion.

Consider a block of negligible weight resting on a horizontal plane and subjected to a force P (Fig. 3.9a). From Eq. (3.1), the magnitudes of the components of P are 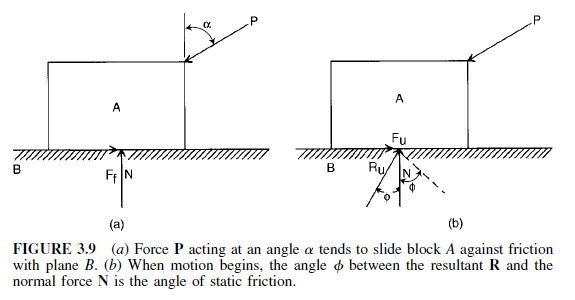 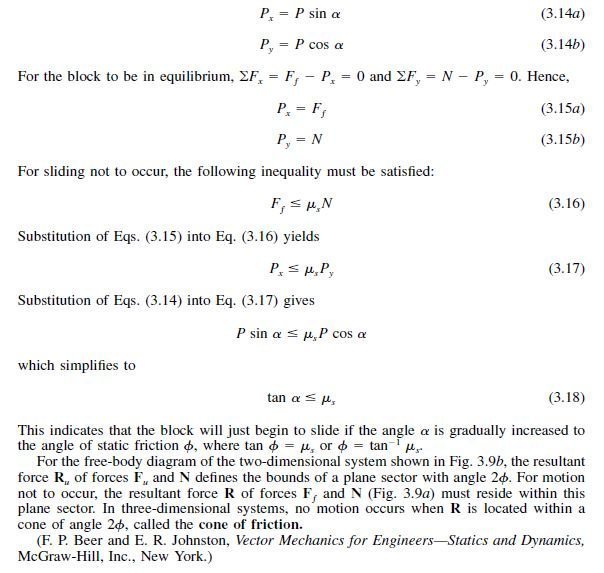 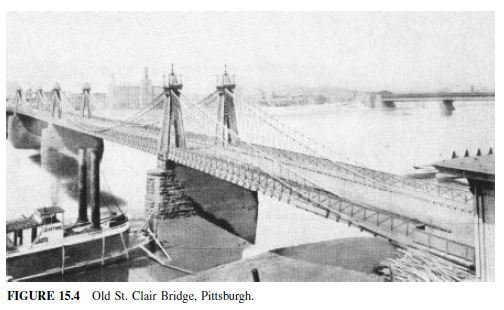