Structural theory is based primarily on the following set of laws and properties. These principles often provide sufficient relations for analysis of structures.
Laws of mechanics. These consist of the rules for static equilibrium and dynamic behavior.
Properties of materials. The material used in a structure has a significant influence on its behavior. Strength and stiffness are two important material properties. These properties are obtained from experimental tests and may be used in the analysis either directly or in an idealized form.
Laws of deformation. These require that structure geometry and any incurred deformation be compatible; i.e., the deformations of structural components are in agreement such that all components fit together to define the deformed state of the entire structure.

An understanding of basic mechanics is essential for comprehending structural theory. Mechanics is a part of physics that deals with the state of rest and the motion of bodies under  the action of forces. For convenience, mechanics is divided into two parts: statics and dynamics.

Statics is that branch of mechanics that deals with bodies at rest or in equilibrium under the action of forces. In elementary mechanics, bodies may be idealized as rigid when the actual changes in dimensions caused by forces are small in comparison with the dimensions of the body. In evaluating the deformation of a body under the action of loads, however, the body is considered deformable. 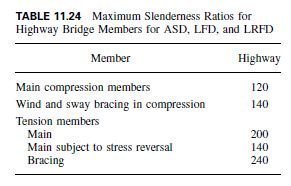