Most of the relationships presented in Arts. 3.16 to 3.19 hold only for symmetrical cross sections, e.g., rectangles, circles, and wide-flange beams, and only when the plane of the loads lies in one of the axes of symmetry. There are several instances where this is not the case, e.g., members subjected to axial load and bending and members subjected to torsional loads and bending.
Combined Axial Load and Bending. For short, stocky members subjected to both axial load and bending, stresses may be obtained by superposition if (1) the deflection due to bending is small and (2) all stresses remain in the elastic range. For these cases, the total stress normal to the section at a point equals the algebraic sum of the stress due to axial load and the stress due to bending about each axis:

where P  axial load
A  cross-sectional area
Mx  bending moment about the centroidal x axis
Sx  elastic section modulus about the centoidal x axis
My  bending moment about the centroidal y axis
Sy  elastic section modulus about the centroidal y axis
If bending is only about one axis, the maximum stress occurs at the point of maximum moment. The two signs for the axial and bending stresses in Eq. (3.86) indicate that when the stresses due to the axial load and bending are all in tension or all in compression, the terms should be added. Otherwise, the signs should be obeyed when performing the arithmetic.
For convenience, compressive stresses can be taken as negative and tensile stresses as positive.
Bending and axial stress are often caused by eccentrically applied axial loads. Figure 3.52 shows a column carrying a load P with eccentricity ex and ey. The stress in this case may be found by incorporating the resulting moments Mx  Pex and My  Pey into Eq.
(3.86). 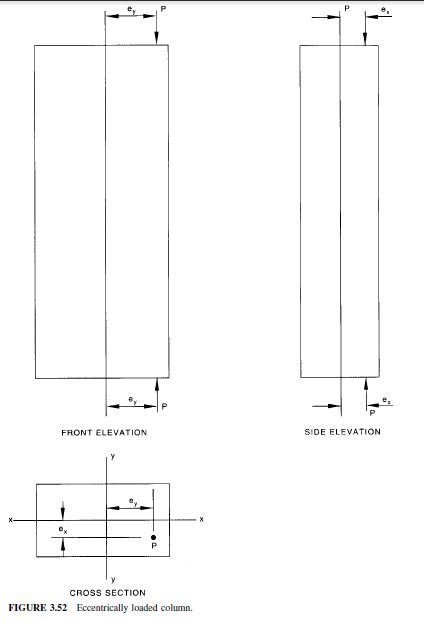 If the deflection due to bending is large, Mx and My should include the additional moment
produced by second-order effects. Methods for incorporating these effects are presented in
Arts. 3.46 to 3.48.

Components of Stress and Strain 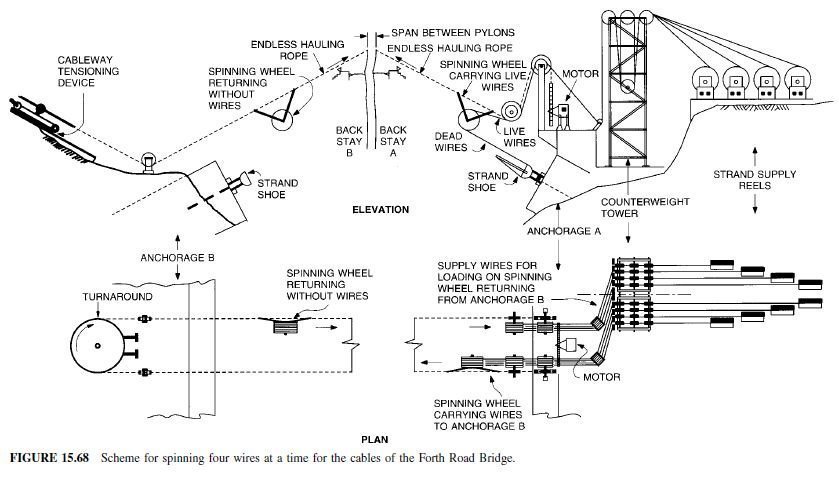