Structural steel members often have considerable reserve load-carrying capacity after yielding occurs, e.g., at the outer surfaces of a beam. For a flexural member, this reserve capacity is quantified by the shape factor Z/S of the cross section, where Z is the plastic section modulus and S is the corresponding elastic section modulus. For W shapes, Z/S ranges from 1.10 to 1.15.
The AISC ASD and LRFD specifications recognize that for structures with continuous framing, additional reserve strength is available above that predicted by elastic theory. When loads induce yielding at points of maximum negative bending moment, plastic hinges start to form there, and rotation occurs without increase in stresses beyond the yield stress. Positive moments and corresponding stresses, however, increase. The result is a redistribution of moments, creating reserve load-carrying capacity.
The AISC ASD and LRFD specifications also recognize the reserve strength of properly braced, compact shapes when stresses are determined by elastic theory. In LRFD, the maximum
moment capacity is defined as the plastic moment Mp instead of the yield moment
My . In ASD, the allowable stress is 0.66Fy instead of 0.60Fy .
The LRFD specification permits plastic analysis only for steels with yield stress not exceeding 65 ksi. Compression flanges involving plastic-hinge rotation and all webs should have a width/ thickness ratio not exceeding p in Table 6.29. The vertical bracing system of a multistory frame should be capable of preventing buckling of the structure and maintaining lateral stability under factored loads. In frames where lateral stability depends on the bending stiffness of rigidly connected beams and columns (rigid frames), the axial force in the columns under factored loads should not exceed 0.7SAgFy , where Ag is the column area and Fy is the yield stress of the steel. The slenderness parameter c for columns should not exceed 150% of the effective length factor K (Art. 6.16.2).
The laterally unbraced length Lb of the compression flange of a flexural member at plastic hinges associated with the failure mechanism, for a compact section bent about the major axis, should not exceed Lpd , as given by Eq. (6.97). The equation applies to I-shape members, loaded in the plane of the web, that are doubly symmetrical or are singly symmetrical with the compression flange larger than the tension flange:

Moment redistribution is permitted for beams and girders, composite or noncomposite, except for hybrid girders and members of A514 steel, that meet the preceding requirements.
The qualifying members also should be continuous over supports or rigidly framed to columns with rivets, high-strength bolts, or welds. Such members, except for cantilevers, may be proportioned for 90% of negative moments that are induced by gravity loading and are maximum at points of support. The maximum positive moment, however, should be increased by 10% of the average negative moments. When beams or girders are rigidly framed to columns, the columns may be proportioned for the 10% reduction for the combined axial and bending loading, but the stress ƒa due to concurrent axial loads on the columns should not exceed 0.15Fa , where Fa is the axial design strength. 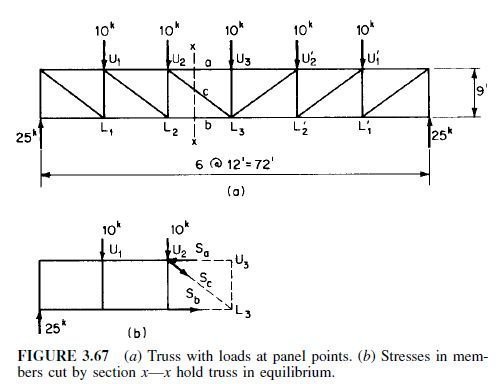 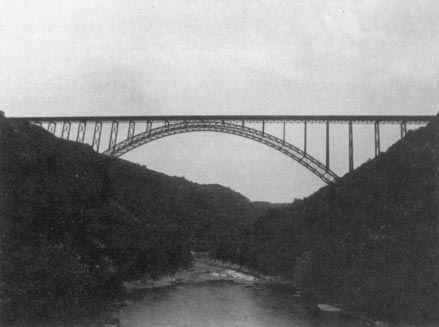 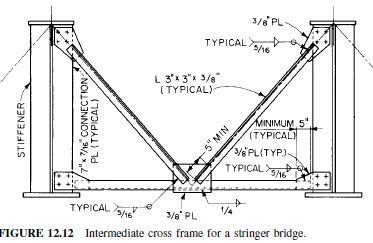