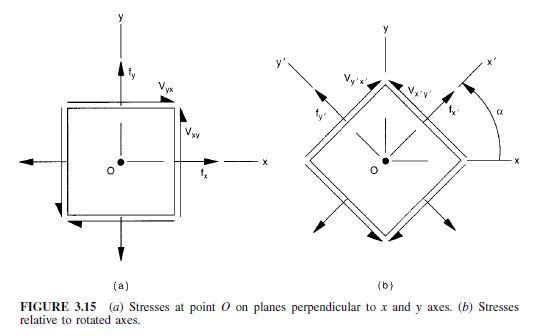 This equation indicates that two perpendicular directions, p and p  (pi/ 2), may be found for which the shear stress is zero. These are called principal directions. On the plane for which the shear stress is zero, one of the normal stresses is the maximum stress ƒ1 and the other is the minimum stress ƒ2 for all possible states of stress at that point. Hence the normal stresses on the planes in these directions are called the principal stresses. The magnitude of the principal stresses may be determined from