For short-span structures (under about 500 ft) it is commonly assumed in seismic analysis that the same ground motion acts simultaneously throughout the length of the structure. In other words, the wavelength of the ground waves are long in comparison to the length of the structure. In long-span structures, such as suspension or cable-stayed bridges, however, the structure could be subjected to different motions at each of its foundations. Hence, in assessment of the dynamic response of long structures, the effects of traveling seismic waves should be considered. Seismic disturbances of piers and anchorages may be different at one end of a long bridge than at the other. The character or quality of two or more inputs into the total structure, their similarities, differences, and phasings, should be evaluated in dynamic studies of the bridge response.
Vibrations of cable-stayed bridges, unlike those of suspension bridges, are susceptible to a unique class of vibration problems. Cable-stayed bridge vibrations cannot be categorized as vertical (bending), lateral (sway), and torsional; almost every mode of vibration is instead a three-dimensional motion. Vertical vibrations, for example, are introduced by both longitudinal and lateral shaking in addition to vertical excitation. In addition, an understanding is needed of the multimodal contribution to the final response of the structure and in providing representative values of the response quantities. Also, because of the long spans of such structures, it is necessary to formulate a dynamic response analysis resulting from the multisupport excitation. A three-dimensional analysis of the whole structure and substructure to obtain the natural frequencies and seismic response is advisable. A qualified specialist should be consulted to evaluate the earthquake response of the structure. 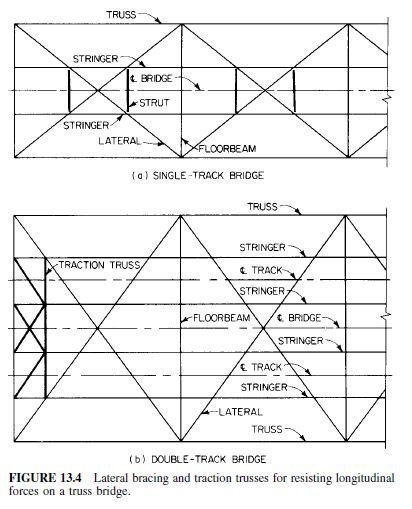