These represent one of the more efficient uses of structural materials. Space frames are threedimensional
lattice-type structures that span in more than one direction. It is common practice to apply the ‘‘space frame’’ designation to structures that would more accurately be categorized as ‘‘space trusses,’’ that is, assemblies of members pin-connected at the joints, or nodes.
In addition to providing great rigidity and inherent redundancy, space frames can span large areas economically, providing exceptional flexibility of usage within the structure by eliminating interior columns. Space frames possess a versatility of shape and form. They can utilize a standard module to generate flat grids, barrel vaults, domes, and free-form shapes.
The most common example of a space truss is the double-layer grid, which consists of top- and bottom-chord layers connected by web members. Various types of grid orientations can be utilized. Top- and bottom-chord members can be either parallel or skewed to the edges of the structure, and can be either parallel or skewed to one another (see Fig. 8.29). One of the advantages of having top and bottom chords skewed relative to one another is that the top-chord members have shorter lengths, thereby resulting in a more economical design for compressive forces. Also, the longer bottom chords have fewer pieces and connections.
Space frames spanning over large column-free areas are generally supported along the perimeter or at the corners. Overhangs are employed where possible to provide some amount of stress counteraction to relieve the interior chord forces and to provide a greater number of ‘‘active’’ diagonal web members to distribute the reactions at supports into the space frame. In cases where the reactions are very large, space-frame members near the supports are sometimes extended beneath the bottom chord, in the form of inverted pyramids, to the top of the columns. This effectively produces a column capital, which facilitates distribution of forces into the space frame.
The depth of a space frame is generally 4 to 8% of its span. To effectively utilize the two-way spanning capability of a space frame, the aspect (length-to-width) ratio should generally not exceed 1.5:1.0. For a 1.5:1.0 ratio, about 70% of the gravity loads are carried by the short span.
Types of members used for space frames may be structural steel hot-rolled shapes, or round or rectangular tubes, or cold-formed steel sections. Many space frames are capable of utilizing two or more different member types.
For some space-frame roof structures, the top chords also act as purlins to directly support the roofing system. In these cases, the top chords must be designed for a combination of axial and bending stresses. For other roof structures, a separate subframing system is utilized for the roofing system, and an interface connection to the space frame is provided at the top
chord nodes. In these cases, the roofing system does not transmit bending stresses to the top chord members.
Regardless of the type of space frame, the essence of any such system is its node. Most space frame systems have concentric nodes; that is, the centroidal axes of all members framing into a node project to a common working point at the center of the node. Some systems, however, have eccentric joints. For these, local bending of the members must be considered in addition to the basic joint and member stresses. 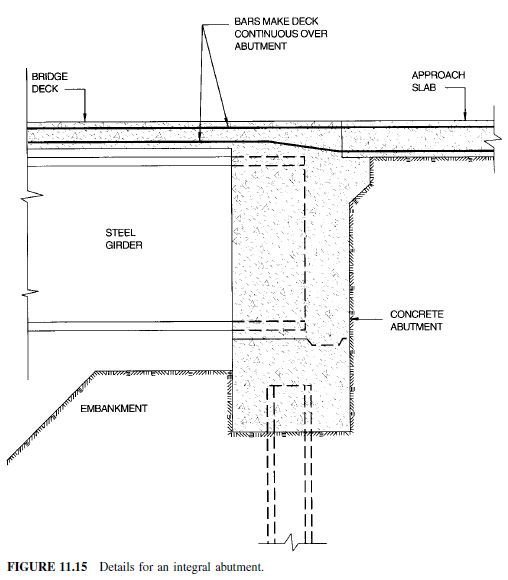 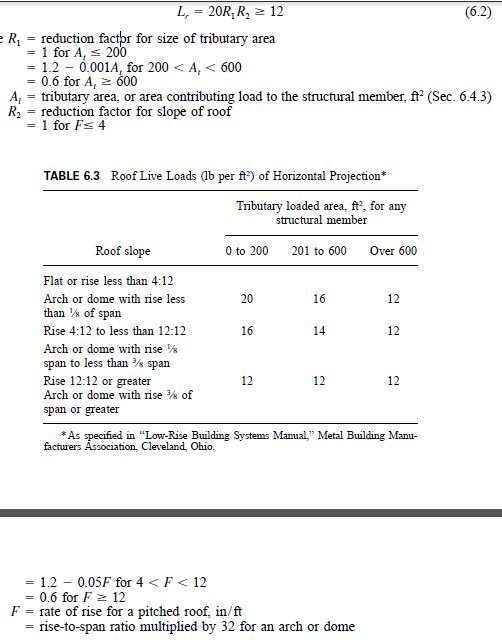