Wind loads are randomly applied dynamic loads. The intensity of the wind pressure on the surface of a structure depends on wind velocity, air density, orientation of the structure, area of contact surface, and shape of the structure. Because of the complexity involved in defining both the dynamic wind load and the behavior of an indeterminate steel structure when subjected to wind loads, the design criteria adopted by building codes and standards have been based on the application of an equivalent static wind pressure. This equivalent static design wind pressure p (psf) is defined in a general sense by 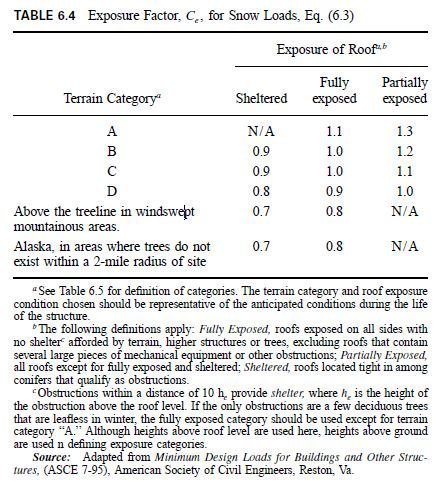 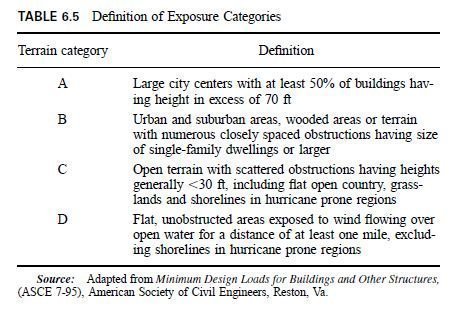 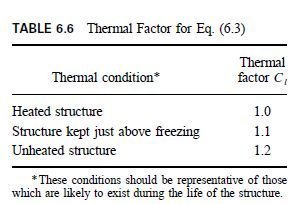 Cp = pressure coefficient or shape factor that reflects the influence of the wind on the various parts of a structure The ASCE 7-95 wind load provisions incorporated significant changes to the determination of design wind loads. Most significant changes were: (1) a new Wind Speed Map based on 3-second gust speeds, (2) new provisions for wind speed-up due to topographical effects, (3) substantial increases in internal pressure coefficients for low-rise buildings in hurricane zones, (4) decreases in design wind pressures for low-rise buildings in suburban terrain, and (5) two separate methods for assessing wind loads for buildings having heights less than 60 ft. The ASCE 7-98 (draft) has proposed important additional refinements to the ASCE 7-95 provisions, which should be referred to.
Velocity pressure is computed from

Velocity pressures due to wind to be used in building design vary with type of terrain, distance above ground level, importance of building, likelihood of hurricanes, and basic wind speed recorded near the building site. The wind pressures are assumed to act horizontally
on the building area projected on a vertical plane normal to the wind direction.
Unusual wind conditions often occur over rough terrain and around ocean promontories.
Basic wind speeds applicable to such regions should be selected with the aid of meteorologists and the application of extreme-value statistical analysis to anemometer readings taken at or near the site of the proposed building. Generally, however, minimum basic wind velocities are specified in local building codes and in national model building codes but should be used with discretion, because actual velocities at a specific site and on a specific building may be significantly larger. In the absence of code specifications and reliable data, basic wind speed at a height of 10 m above grade may be estimated from Fig. 6.1.
For design purposes, wind pressures should be determined in accordance with the degree to which terrain surrounding the proposed building exposes it to the wind. Exposures are
defined in Table 6.5. 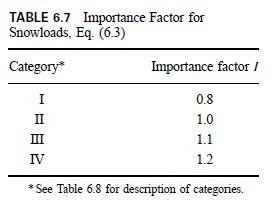 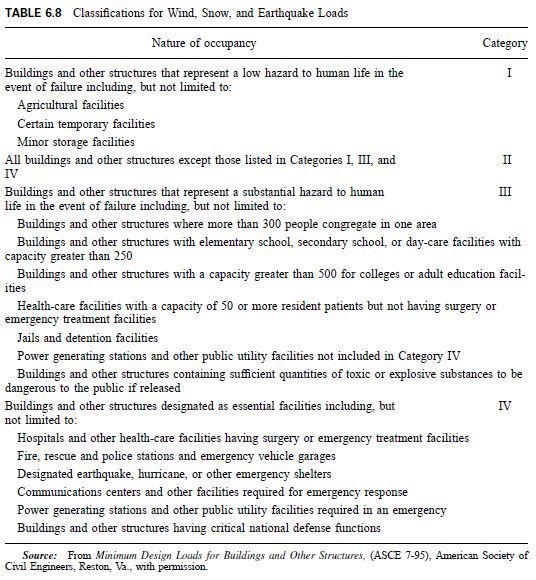 ASCE 7 permits the use of either Method I or Method II to define the design wind loads.
Method I is a simplified procedure and may be used for enclosed or partially enclosed buildings meeting the following conditions: 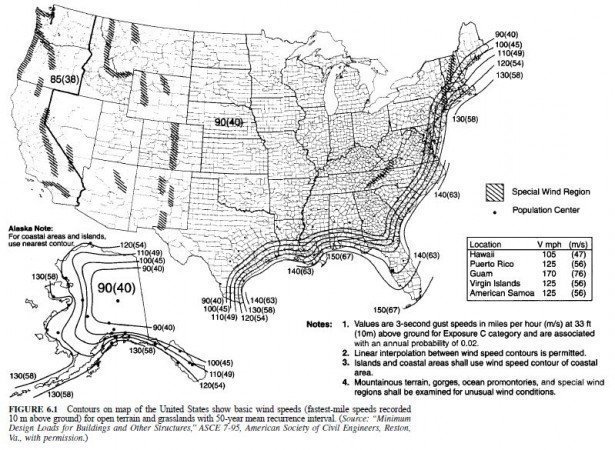 1. building in which the wind loads are transmitted through floor and roof diaphragms to the vertical main wind force resisting system
2. building has roof slopes less than 10
3. mean roof height is less than or equal to 30 ft.
4. building having no unusual geometrical irregularity in spatial form
5. building whose fundamental frequency is greater than 1 hz
6. building structure having no expansion joints or separations
7. building is not subject to topographical effects.
The design procedure for Method I involves the following considerations:
1. Determine the basic design speed, V, from Fig. 6.1
2. Select the importance factor, I, using Table 6.9
3. Define the exposure category, i.e., A, B, C, or D, using Table 6.5
4. Define the building enclosure classification, i.e., enclosed or partially enclosed
5. Using Table 6.10, determine the design wind load for the main wind force resisting system
6. Using Table 6.11 or 6.12 determine the design wind load for the component and cladding elements.
ASCE 7 Method II is a rigorous computation procedure that accounts for the external, and internal pressure variation as well as gust effects. The following is the general equation for computing the design wind pressure, p:

Codes and standards may present the gust factors and pressure coefficients in different formats. Coefficients from different codes and standards should not be mixed.
Designers should exercise judgment in selecting wind loads for a building with unusual shape, response-to-load characteristics, or site exposure where channeling of wind currents 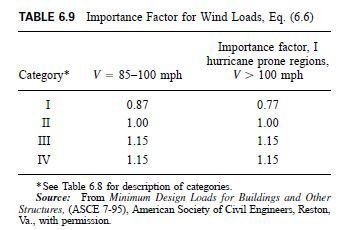 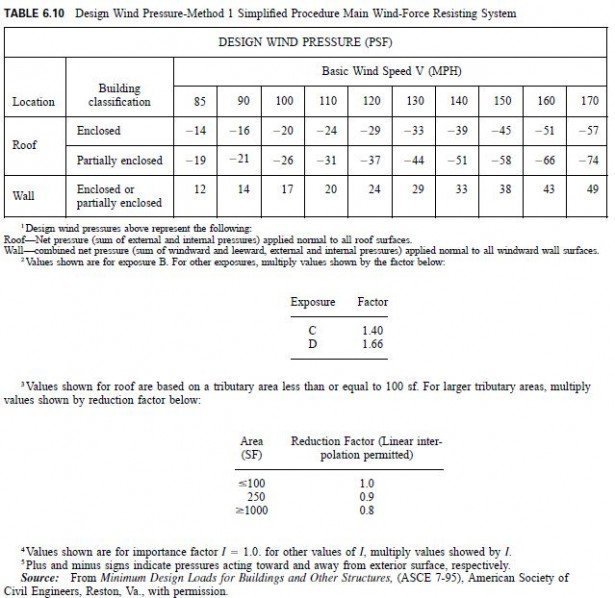 or buffeting in the wake of upwind obstructions should be considered in design. Wind-tunnel tests on a model of the structure and its neighborhood may be helpful in supplying design data. (See also Sec. 9.)
(‘‘Minimum Design Loads for Buildings and Other Structures,’’ ASCE 7-95; and K. C. Mehta et al., Guide to the Use of the Wind Load Provisions, American Society of Civil Engineers.) 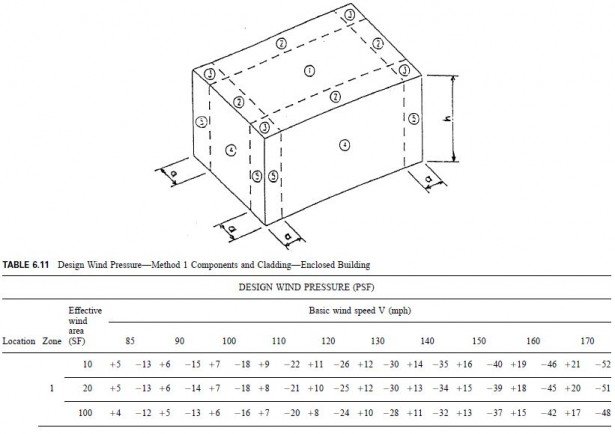