The function of a door is to give access to building and to different parts of the building and to deny the access whenever necessary. Number of doors should be minimum possible. The size of the door should be of such dimension as will facilitate the movement of the largest object likely to use the doors.

In case of the residental buildings, the size of the door should not be less than 0.9 m × 2.0 m. Larger doors may be provided at main entrance to the building to enhance the aesthetic view. Minimum sized doors are used for bath rooms and water closets. The size recommended is 0.75 m × 1.9 m. As a
thumb rule height of door should be 1 m more than its width.

Windows are provided to give light and ventilation. They are located at a height of 0.75 m to 0.90 m from the floor level. In hot and humid regions, the window area should be 15 to 20 per cent of the floor area. It is preferable to have at least two openings in two different walls. Another thumb rule used to determine the size of the window opening is for every 30 m3 inside volume there should be at least 1 m2 window opening.

Various types of doors are in use which may be classified on the basis of arrangement of shutters, method of constructions, principles of working operations and materials used. Commonly used doors are briefly explained below:

1. Battened and Ledged Doors: Battens are 100 mm to 150 mm wide and 20 mm thick wooden boards. Their length is that of door opening. The battens are connected by horizontal planks, known as ledges of size 100 to 200 mm wide and 30 mm thick. Usually three ledges are used one at top, one at bottom and the third one at mid-height. This is the simplest form of door and the cheapest also. Battens are secured by tongued and grooved joint. 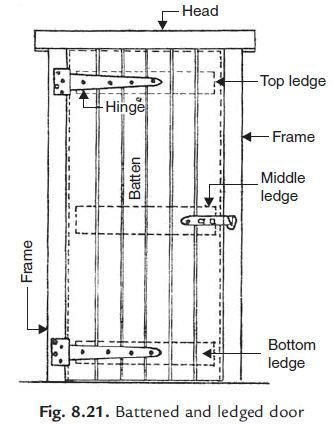 Battened, Ledged and Braced Doors: If doors are wide apart from using battens and ledges diagonal members, known as braces, are provided to strengthen the door. Figure 8.22 shows a typical battened, ledged and braced door. 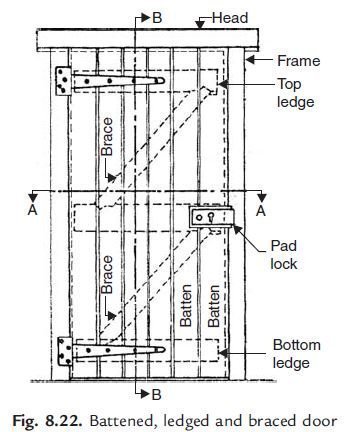 Some times above two types of shutters are provided within wooden frame work and in those cases they may be called as battened, ledges and framed doors.

3. Framed and Panelled Doors: This type of door consists of vertical members, called styles and horizontal members called rails. The styles and rails are suitably grooved to receive panels. The panels may be of wood, A.C. sheet, glasses etc. The panels may be flat or of raised type to get good appearance. These are very commonly used doors. They may be of single shutter or of double shutter. Figure 8.23 show few types of panelled doors. If glass panels are used they may be called as glazed doors. 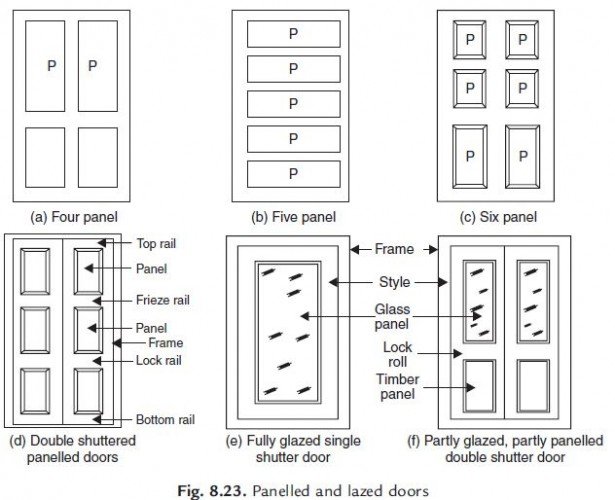 Flush Doors: The shutters of these doors are made of plywood or block boards. They are of uniform thickness. These shutters are available with different attractive vineer finishes. The time consumed in making such doors at site is quite less. These doors are suitable for interior portion of a building. Nowadays flush doors are commonly used in residential and office buildings. Figure 8.24 shows typical flush door.

Louvered Doors: Whenever privacy as well as ventilation is required such doors can be used. Louvers are the glass, wooden or A.C. sheet strips fixed in the frame of shutter such that they prevent vision but permit free passage of air. The doors may be fully or partially louvered. Such doors are commonly used for public bathrooms and latrines. [Fig. 25] 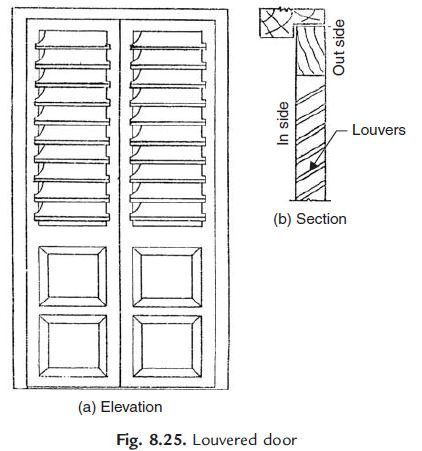 Revolving Doors: It consist of a centrally placed pivot to which four radiating shutters are attached. The central pivot is supported on ball bearing at the bottom and has a bush bearing at the top. The shutters may be partly or fully madeup of glass. A circular space of entrance is provided within which shutters rotate. As shutters rotate they give entrance on one side and exit on other side. These doors are preferred in public buildings like stores, banks, hotels, theatres where continuous use of doors is necessary. They are very much required in entrance to air conditioned public buildings. Figure 8.26 shows a typical revolving door. 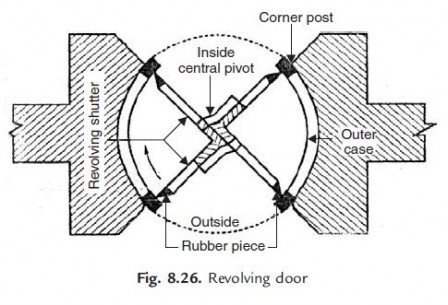 Swing Doors: Swing door has its shutter attached to the frame by means of double action springs. Hence shutter can move both inward and outward. They may be single shuttered or double shuttered. Such doors are preferred in offices and banks. Since these doors can open on both sides it is desirable to provide glass panels or peep holes to enable user to see the persons from other side. [Fig. 8.27]

Sliding Doors: In this type of doors, shutter slides on the sides. For this purpose runners and guide rails are provided. Sliding shutters may be one, two or even three. Such doors are used in banks, offices etc. The arrangement of such shutters in plan is shown in Fig. 8.28 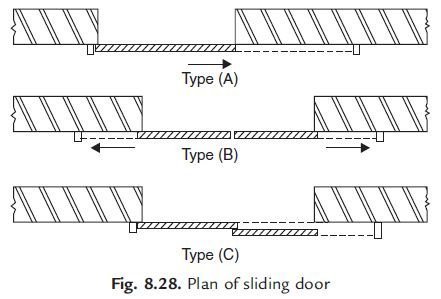 Collapsible Doors: Steel channels 16 to 20 mm wide are used as verticals. They are placed with 12 to 20 mm gap. Steel flats 16 mm to 20 mm wide and 5 mm thick are hinged to them 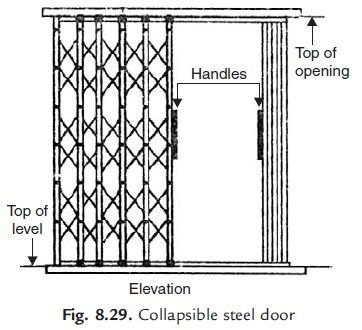 as shown in Fig. 8.29. The rollers are provided at their top as well as at bottom so that shutter can be pulled or pushed side ways with slight force. There may be single or double shutters. Usually these doors are used for additional safety. They are commonly used for front doors, bank locker rooms, school and college entrance doors.

Rolling Shutters: Figure 8.30 show a typical rolling shutter door. It consists of a frame, a drum and a shutter made of thin steel plates. The width of the door may vary from 2 to 3 m. The shutter moves on steel guides provided on sides and can easily roll up. For this counterbalancing is made with helical springs on the drum. The shutter can be easily pulled down. This type of doors are commonly used as additional doors to shops, offices, banks, factory, buildings from the point of safety. 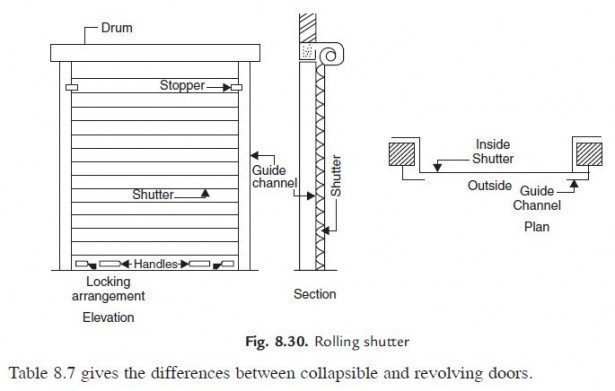 Table 8.7 gives the differences between collapsible and revolving doors.

Various windows used may be classified on the basis of materials used, types of shutters, types of openings of shutters and the position of windows.Timber, steel and aluminium are commonly used to make window frames. Timber may get termite attacks, steel may rust but aluminium do not have any such defects. However they are costly.
Shutters of windows may be panelled, glazed or louvered. Louvered windows are generally used for bathrooms and toilets where vision is not to be allowed but ventilation is required. Lower parts panelled and upper parts glazed windows are commonly used. Instead of panelled one may think of using translucent glasses. Figure 8.31 show a louvered windows. 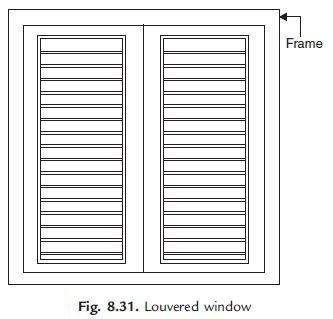 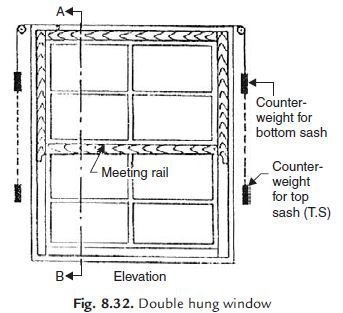 Depending upon the position of windows, they may be classified as:
(a) Casement windows
(b) Bay windows
(c) Corner windows 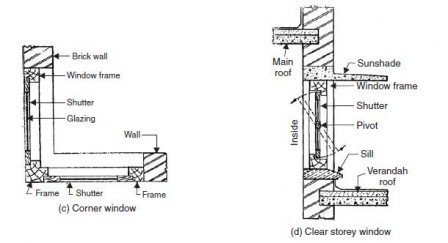 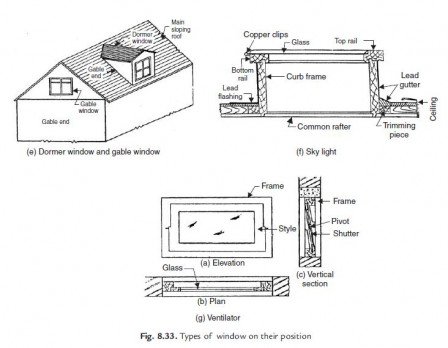 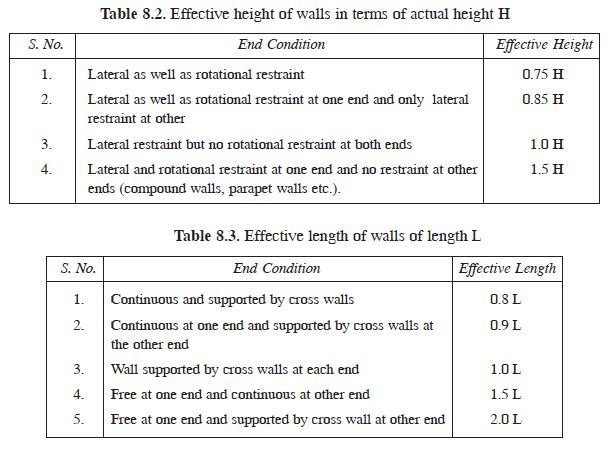 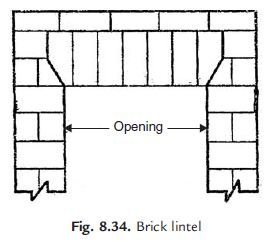