Computation of Volume from Cross-sections
To compute earth work, profile levelling is carried out along the centre line of the alignment of the project and cross-sectional levels are taken at regular intervals. Then the volume of earth work can be found, if the cross-sections are determined.
First the calculation of cross-sectional area is discussed.
(a) If section is level (Fig. 18.9) 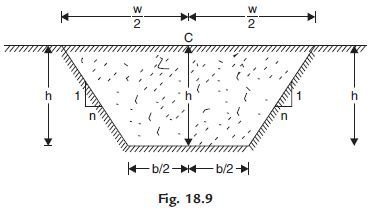 Let ‘h’ be the depth at the centre line of the alignment and 1 : n be the side slopes. Then 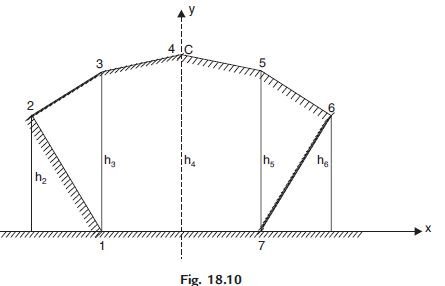 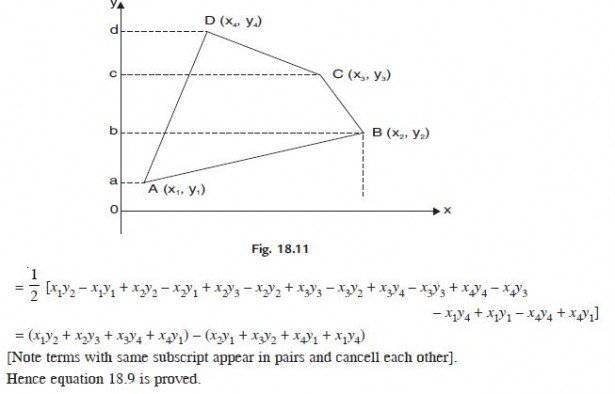 Calculation of Volumes
Once cross-sectional areas at various sections are known volume can be found from trapezoidal or prismoidal rule as given below:
Trapezoidal Rule

Computation of Earth Work from Spot Levels
This method is used to calculate volume of earth work for the elevations of basements, large tanks and borrow pits. In this method the whole area is divided into a number of rectangles or triangles (Fig. 18.13).
The levels are taken at corner points before and also after excavation. The depth of excavation at each corner point is measured. Then for each simple figure (rectangle or triangle). 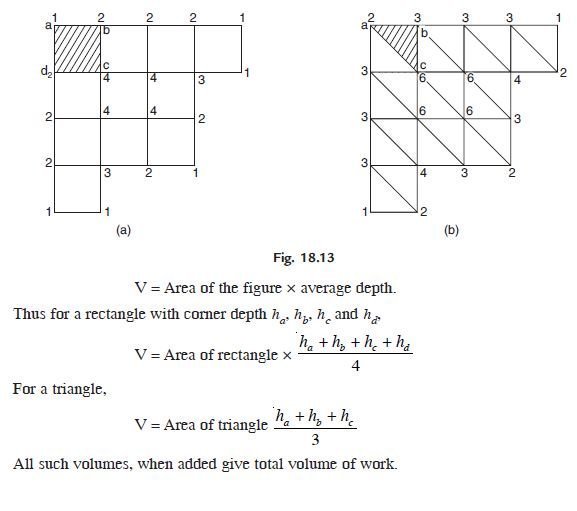 Computation of Volume from Contours
Figure 18.15 shows a dam with full water level of 100 m and contours on upstream side. Capacity of reservoir to be found is nothing but volume of fill with water level at 100 m. The whole area lying within a contour line is found by planimeter. It may be noted that area to be measured is not between two consecutive contour lines. 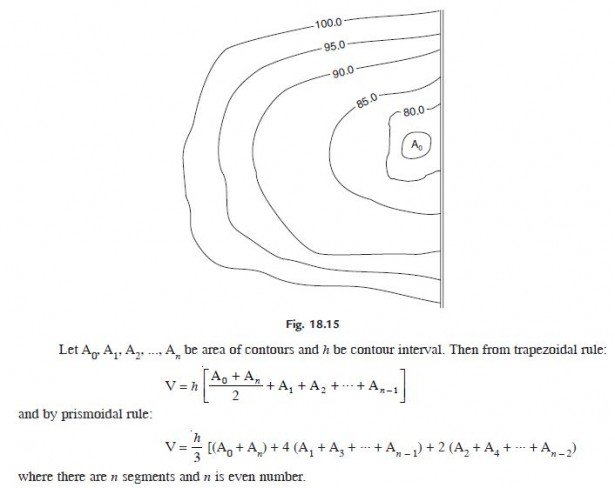 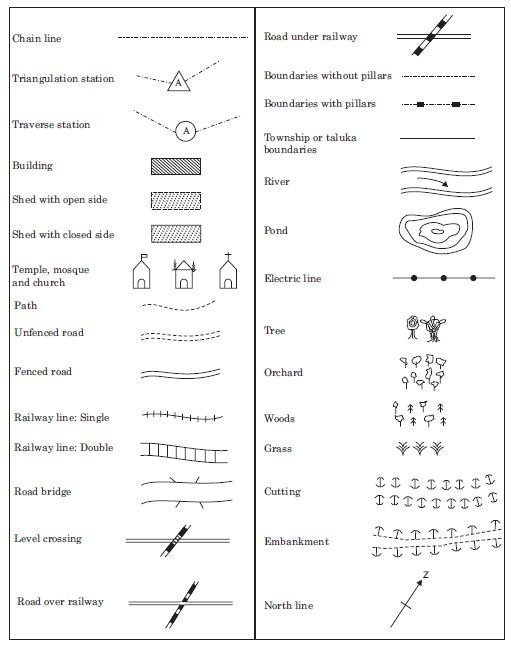 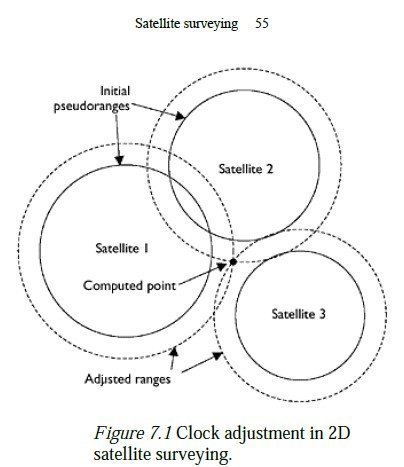