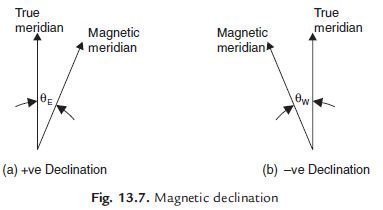 Magnetic declination varies from time to time and also from place to place. In the noon sun is exactly on the geographical meridian. In India, ‘Survey of India’ department conducts astronomical survey and publishes Isogonic Charts from which magnetic declinations at any point can be found.
The lines joining the points at which declination is the same at the given time are called ‘Isogonic Lines’. Lines joining points of zero declinations are called ‘Agonic Lines’. The isogonic lines are quite irregular near geographic poles. The isogonic charts show lines of equal annual change in declination.
The following type of variations are observed in declination:
(i) Secular variation,
(ii) Annual variation,
(iii) Daily variations, and
(iv) Irregular variations.
13.6.1 Secular Variation
The magnetic meridian swings like a pendulum to the left and to the right of true meridian. Its period of variation is approximately 250 years.

13.6.2 Annual Variation
It is observed that in a year declination varies from 1′ to 2′.

13.6.4 Irregular Variation
Due to earthquakes and volcanic eruptions, magnetic storms occur, resulting into changes in magnetic meridian. Such changes are from 1° to 2°.
Magnetic Dip
A perfectly balanced, freely suspended magnetic needle dips towards its northern end in northern hemisphere and towards its southern end in southern hemisphere. If it is at north pole, the needle takes vertical position. The vertical angle between the horizontal and the direction shown by a perfectly balanced and freely suspended needle is known as the magnetic dip at that place. Its value is 0° at equator and 90° at magnetic poles. To counteract the dip, a sliding rider (weight) is provided on the needle. 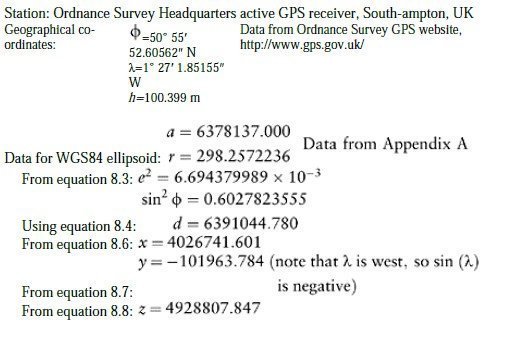 Object and Uses of Levelling 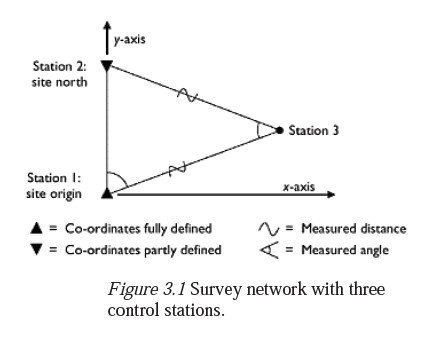