This example shows how the geographical co-ordinates of a station can be converted from one system to another, following the method given in Section 8.4. In this case, the initial co-ordinates are quoted in the ETRS89 system, so are based on the WGS84 ellipsoid; and they are to be converted to the Airy ellipsoid, whose position and orientation was defined so as to conform closely with the British geoid. A transform between these two systems is published by the Ordnance Survey and is given in Appendix A.

1 One second of arc at the centre of the earth subtends about 31 m on the earth’s surface—so to preserve accuracy to 1 mm, seconds of latitude, longitude and rotation must be quoted to 5 decimal places.

2 If ‘best guess’ OSGB36 eastings and northings were required for the point, a better route would be to enter the initial geographical co-ordinates directly into GridInQuest (Section 9.5) which applies the British Transverse Mercator projection to the GRS80 ellipsoid without prior transformation, and then applies co-ordinate shifts to give a good match with the local OSGB36 control points. 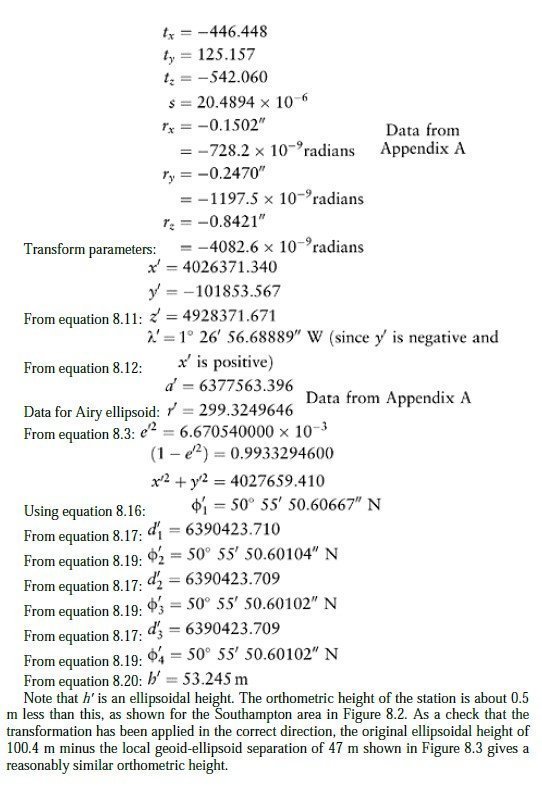 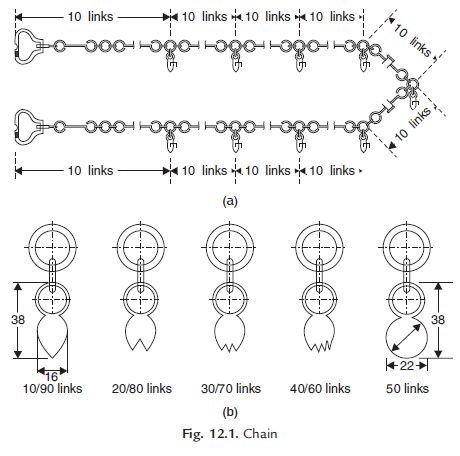