In addition to ordinary portland cement there are many varieties of cement. Important varieties are briefly explained below:

Quick setting cement is produced by reducing the percentage of gypsum and adding a small amount of aluminium sulphate during the manufacture of cement. Finer grinding also adds to quick setting property. This cement starts setting within 5 minutes after adding water and becomes hard mass within 30 minutes. This cement is used to lay concrete under static or slowly running water.

This cement can be produced by increasing lime content and burning at high temperature while manufacturing cement. Grinding to very fine is also necessary. Though the initial and final setting time of this cement is the same as that of portland cement, it gains strength in early days. This property helps in earlier removal of form works and speed in construction activity.

In mass concrete works like construction of dams, heat produced due to hydration of cement will not get dispersed easily. This may give rise to cracks. Hence in such constructions
it is preferable to use low heat cement. This cement contains low percentage (5%) of tricalcium aluminate (C3A) and higher percentage (46%) of dicalcium silicate (C2S).

Pozzulana is a volcanic power found in Italy. It can be processed from shales and certain types of clay also. In this cement pozzulana material is 10 to 30 per cent. It can resist
action of sulphate. It releases less heat during setting. It imparts higher degree of water tightness. Its tensile strength is high but compressive strength is low. It is used for mass concrete works. It is also used in sewage line works.

This cement expands as it sets. This property is achieved by adding expanding medium like sulpho aluminate and a stabilizing agent to ordinary cement. This is used for filling the cracks in concrete structures.

It is manufactured by calcining a mixture of lime and bauxite. It is more resistant to sulphate and acid attack. It develops almost full strength within 24 hours of adding
water. It is used for under water works.

In the manufacture of pig iron, slag comes out as a waste product. By grinding clinkers of cement with about 60 to 65 per cent of slag, this cement is produced. The properties of this cement are more or less same as ordinary cement, but it is cheap, since it utilise waste product. This cement is durable but it gains the strength slowly and hence needs longer period of curing.

This cement is produced by adding acid resistant aggregated such as quartz, quartzite, sodium silicate or soluble glass. This cement has good resistance to action of acid
and water. It is commonly used in the construction of chemical factories.

By keeping the percentage of tricalcium aluminate C3A below five per cent in ordinary cement this cement is produced. It is used in the construction of structures
which are likely to be damaged by alkaline conditions. Examples of such structures are canals, culverts etc.

Fly ash is a byproduct in thermal stations. The particles of fly ash are very minute and they fly in the air, creating air pollution problems. Thermal power stations have to spend lot of money to arrest fly ash and dispose safely. It is found that one of the best way to dispose fly ash is to mix it with cement in controlled condition and derive some of the beneficiary effects on cement. Now-a-days cement factories produce the fly ash in their own thermal stations or borrow it from other thermal stations and further process it to make it suitable to blend with cement. 20 to 30% fly ash is used for blending. Fly ash blended cements have superior quality of resistance to weathering action. The ultimate strength gained is the same as that with ordinary portland cement. However strength gained in the initial stage is slow. Birla plus, Birla star, A.C.C. Suraksha are some of the brand mame of blended cement. 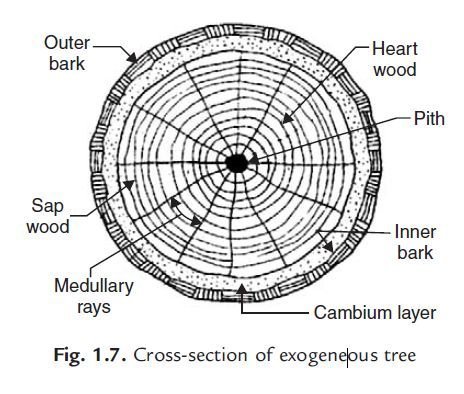